Dapo Abiodun And The 20 Generals 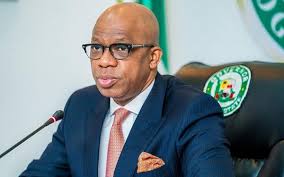 The 2019 election that usher in the administration of Prince Dapo Abiodun MFR remains one of the most interesting times in the politics of Ogun state, against all odds and political turmoil the present Governor won the governorship seat despite the stiff opposition within and outside the ruling party APC.


Two years in office as governor, the people of Ogun State are begining to get anxious over who will lead their local government across the state, despite July 24 being slated for the LG election.

The APC party faithfuls and the public are literally concerned about who emerged as candidate from the ruling party, a situation that has put aspirant at loggerheads, despite spending so much in creating awareness and openly supporting the new sheriff in town since emergence as governor .

The “20 Generals” currently leading each LG as transitional Chairmen, seems to be one of the most difficult task on the governor’s table, a crux yet to be solved as it was allege that, they all promised not to return after their tenure as transition committee chairman.

The jostling for the emergence as chairmanship ticket varies in each local government, at the discretion of each party Chairman either a zoning formula or consensus was adopted, however the decision on who becomes the flag bearer of APC on each LG is key towards 2023 re election of the governor.


Interestingly it looks like every aspirant were promised the local Council apex seat, most believed it would be in their favour, with the lastest development many would just wait for the Governor to release the list of party candidates as party leaders were alleged to have already forwarded names to the Governor.

Who and who will be moving out of the APC after the LG election?