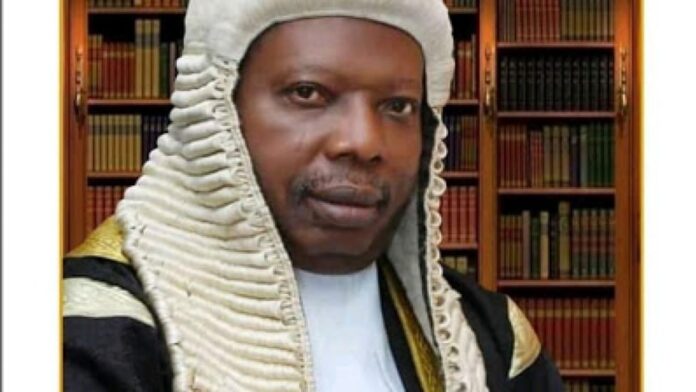 Speaker of the Ogun State House of Assembly, Hon. Olakunle Oluomo has revealed how much he and other members of the House earn monthly as salaries and allowances.

Oluomo declared that he takes home N680,000 monthly as salary and allowances.

The Speaker said the money was as a result of him being a third timer in the State Assembly, adding that he also receives running costs for his office.

According to him, earnings in the House of Assembly are based on ranking.

The Speaker declared that while first timers earn about N500,000 monthly, second timers enjoy a monthly take-home of about N580,000.

Speaking on a radio station in Abeokuta Sunday, Oluomo explained that his allowances are spelt out by the Revenue Mobilisation and Fiscal Commission law, saying he does not take above that.

His words: “As a member of the House of Assembly, my salary as a third timer is N680,000; both my salary and allowances, that’s the amount. But the running cost is the money they will give me to buy fuel for the official cars and make allowances available for the convoy, to run the House as a whole, to buy diesel, buy everything, do public hearing, invite people and do other things. That is the running cost, and that is not for me as the Speaker. The Clerk is the Accounting Officer of the House.

“My allowance is spelt out by the Revenue Mobilisation and Fiscal Commission law. That is where I derive my allowance and I don’t pick Kobo above that.”

“The same thing happens to my members. Some members that are new members earn about N500,000 every month. Second timers earn about N580,000. You know there is ranking. Mine is like that because I am a third timer,” Oluomo stated.

The Economic and Financial Crimes Commission (EFCC) is set to probe the Ogun Assembly from 2015 to date.

But Oluomo has challenged the EFCC to do its job thoroughly, saying ”we are not thieves.”