12.5kg can sell for N10,000 with the consistent rise in prices of cooking gas 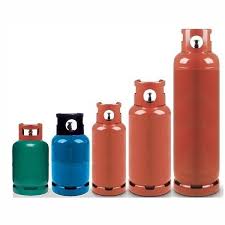 Federal Government has implemented a 7.5 per cent tax on imported Liquefied Petroleum Gas, popularly called cooking gas, as the cost of the commodity leap by over 100 per cent within a period of eight months.

It was gathered on Sunday that the government implemented the VAT on LPG imports about three weeks ago and some dealers were also mandated to pay the tax for commodities imported several months ago.

Operators told our correspondent that Nigeria imports about 70 per cent of the commodity, while the rest was mainly supplied by Nigeria Liquefied Natural Gas company.

A resident along the Lagos-Ibadan road said she bought the commodity on Sunday at N7,200 in Lagos, as dealers projected that the cost might hit N10,000 in December this year.

Operators stated the development had made small businesses and homes in rural and semi-urban areas to revert to firewood and charcoal, as the purchase of cooking gas had plunged in recent months.

He said, “There are three major factors to the hike in prices. First, about 70 per cent of the gas we consume in Nigeria is imported and importers have to contend with the high cost of foreign exchange.

“Second, there is a rise in the price of petroleum products in the international market and because of that, the cost of LPG has equally gone up. So importers now pay more on imports.

“And third, the government added VAT on imported LPG about three weeks ago. It (VAT) was 7.5 per cent of the cost of the commodity and this exacerbated the price hike of cooking gas in the past three weeks.”

Umudu stated that before the introduction of VAT, foreign exchange and cost of petroleum products in the international market had been the factors causing the rise in price.

“Around November/December last year, 12.5kg was sold at about N3,500, but in July it went up to around N5,500 and when VAT was introduced about three weeks ago, it now escalated to about N6,500 and above,” he stated.

Umudu added, “The price hike seems to be happening on a daily basis and nobody can tell when it will stop. There has been a lot of appeal to the government to find a way of persuading NLNG to increase its domestic supply so that the product can be affordable.

“NLNG supplies about 35 per cent of the gas we consume locally and that percentage is not adequate. And the gas sold by NLNG is even sold at international price and is priced in dollar not naira.”

On the cost of the commodity in metric tonnes, Umudu, replied, “20MT is now in the average of about N8m. And before VAT was introduced, the price of 20MT was around N6.8m to N7m, which was the highest price then.”

He noted that consequent to that, there has been an upsurge in the use of firewood and other alternative energy sources nowadays.

“If you come to Lagos, you will see heaps of firewood like groundnut pyramids. Many people who use LPG to run their small businesses cannot cope again because of the price. They are in crisis right now; some of them are now using firewood, others, charcoal,” he stated.

Umudu added, “Many people in the rural and semi-urban areas are dropping their cylinders. Those who find it difficult to get alternatives are actually going through a very hard time.”

He said, “If by December they (government) don’t take time to address this surge, it (12.5kg) will be N10,000. We are not the one causing this, rather it is the government. We sell what we get.”

On what could be done, he replied, “The volume we produce in Nigeria is just about 40 per cent of the total consumption; the rest is imported. And you don’t have a forex window for these people to access to import gas.

“And secondly, you suddenly woke up and said you want to start imposing VAT on imported gas, which was removed several years back. And now, you didn’t even start it fresh, rather you said it is going to be in retrospect, starting from several months back.”

He added, “And you are imposing billions in taxes on gas imports, for instance, you ask one company to pay about N4bn as tax. Now if they pay that money, some other person needs to shoulder this cost.”

On what the government was doing about the development, spokesperson of the Nigerian National Petroleum Corporation, Garba-Deen Muhammad, said Minister of State for Petroleum Resources, Timipre Sylva, had said the commodity was deregulated.

Muhammed, who served as media aide to Sylva before switching to become NNPC spokesperson recently, said, “The minister answered this question during his last press briefing two weeks ago.”

At the briefing, Sylva had said, “We are not in position to determine gas pricing because gas is not a regulated product. But, of course, we are also very concerned that prices are rising and so I am actually doing something about it in the interest of the ordinary Nigerian.

“I am calling some of the suppliers to discuss the reason for this hike.”

He added that the intervention was outside government role.