39 years after being in coma, French footballer Jean-Pierre Adams passes away 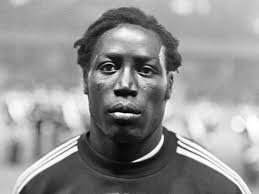 French footballer Jean-Pierre Adams has died at the age of 73 after spending 39 years in a coma.

Adams was 34 when he slipped into a deep coma in 1982 following an anesthesia error during routine knee surgery at Lyon Hospital.

He was said to have been in ‘great shape’ going into the operation and was expected to wake up after only a few hours.

But Adams remained in the coma for 39 years.

Adams was pronounced dead on Monday at the Nimes University Hospital.

According to the Blizzard, as per the Guardian, Adams was undertaking a coaching course in Dijon when he became concerned about his knee.

The footballer ended up putting the course on hold on the fourth day and headed to the hospital in Lyon for a scan.

The scan showed Adams had suffered damage to the tendon at the back of his knee, and a surgeon suggested that the best course of action was to operate.

“It’s all fine, I’m in great shape,” Adams reportedly told his wife Bernadette on the morning of the operation.

Adams was placed in a coma for surgery, but he never awoke from it.

Arsenal playmaker, Martin Odegaard, has said the club wants to win the Champions League “within a couple of years”.
Read more
Sports

It was an interesting moment yesterday evening as fans of boxing troop into Teslim Balogun Stadium to see Riliwan Babatunde of Nigeria...
Read more
Sports