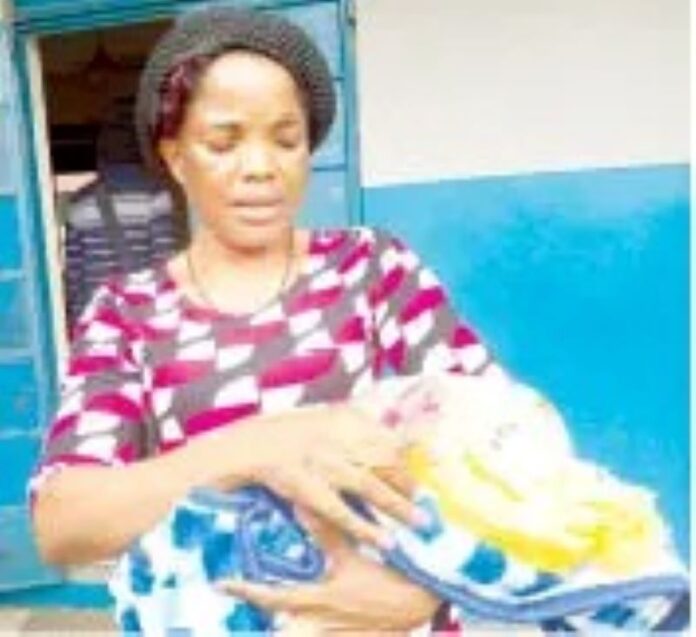 45-year-old woman, Juliet Agbonifo, has been arrested by the police for buying a nine-day-old baby at the cost of N400,000 in Edo State.

The state police spokesman, SP Chidi Nwanbuzor, who disclosed this while parading the suspected said, “The DPO of Ogida received information that a woman, Juliet Agbonifo, had procured a child at Ogida area and he moblised to the scene to arrest her.”

Nwanbuzor said the woman led the police to the man, Wilfred Nosa Egahae, who sold the child to her at the cost of N400,000.

The PPRO further said, “The woman who gave birth to the baby is not yet known, but the baby is nine days old.”

“The seller pretends to be a medical doctor and might have gotten the baby from a source in the hospital.”

Speaking with journalists, Wilfred, a retired nurse, said one Prosper Peter delivered in his maternity where the baby was bought but denied knowledge of the transaction.

He said, “I retired as a chief nursing officer and I run a maternity home, Uyiosa Clinic and Maternity, located off Eromosele Street, off Ekhiakpen, Benin, where the woman delivered.