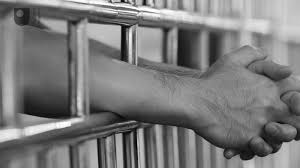 The practitioner identified only as Oyenuga, while being led in evidence by the prosecution counsel, Abimbola Abolade, said the defendant defiled his granddaughter while washing the car at his residence on July 18, 2020.

Narrating how the incident happened at the Ikeja Domestic Violence and Sexual Offences Court, Oyenuga said, “I was with an electrician from the Ikeja Electricity Distribution Company to fix some cables when the victim and her younger cousin (male) came out of the house and went toward the car.

The defendant made the boy leave and took my granddaughter into the car.

“My granddaughter later came to my room to whisper in my ears. She said, ‘grandpa, I have something to tell you,’ and she told me to bring my ears closer.

“She whispered that the defendant cuddled her to his chest, kissed her, brought out his penis and inserted it into her vagina.

“I confronted the defendant the following day and asked him if he wants to marry a new wife, is it my granddaughter that he intends to marry?

He replied that he only kissed her. I discussed the issue with my daughters and we decided to report the case to the Ikeja Domestic and Sexual Violence Agency.

“My granddaughter revealed more details to the agency that interviewed her and made drawings to describe the position of the defendant and her while in the car.”

The victim’s grandfather further testified that the agency gave them a letter to conduct a test on the child at the Women at Risk International Foundation, adding that a representative at the WARIF directed them to go to the police command headquarters in Ikeja as the result could not be given to the family.

He said when they got to the police headquarters, they were advised to make an official complaint at a police station closer to their residence because of the COVID-19 pandemic.

“We reported the case at the Ojodu Police Station and statements were made and the case was taken to Ikeja Magistrates Court,” Oyenuga said.

Responding to questions from the defence counsel, K.O. Mwimo, the insurance practitioner said the defendant had been his driver for over a year, adding that one of his daughters usually took the victim and her cousin to school.

Oyenuga said, “The driver takes my granddaughter and her cousin to school, and one of my daughters would also accompany them.”

“Did you observe anything wrong with your granddaughter when she reported to you?, Mwimo asked.

“I’m not a doctor and could not make any physical observation when the victim came to whisper in my ear. She did not cry when she came to meet me in the room but she does not look pleased,” the grandfather said.

The prosecuting counsel, Abolade, led in evidence, the mother of the victim.

The victim’s mother said, “My sister called me a week after the incident happened and explained that my daughter told her grandpa that the driver kissed her. My daughter made some drawings on phone and showed them to me about the sexual act, though the driver denied it, but my daughter said it is true that he did it.

“My elder sister probed further and my daughter explained that the driver put his penis in her vagina. I also probed her myself at my father’s residence and she said the same thing.

“I got scared as I didn’t see the driver during the week until one Saturday morning during breakfast.”

Justice Abiola Soladoye adjourned the case until July 6, 2022, for the continuation of the trial.