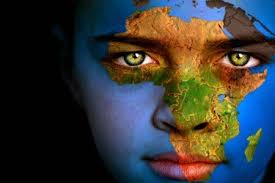 There is an ongoing discussion on the effectiveness of foreign aid in helping the economic development of Africa. One thing is obvious: the results are not exactly what Africa’s development partners have expected, and the reasons are not far-fetched. Dambisa Moyo, global economist and author, contends in her book Dead Aid that while foreign aid that addresses humanitarian needs caused by drought and conflict is helpful, most of the aid given to African countries is rather harmful.

The OECD provides comprehensive statistics on the kinds and volume of aid received by the continent up until 2015. Moyo lists the problems enhanced by aid to include corruption, civil conflict, shrinking of the middle class, and the instilling of a culture of dependency. All of these combine to make Africa unattractive to global investors.

It has become obvious that it is politics that drives the economies of nations. Acemoglu and Robinson assert in their seminal book Why Nations Fai’ that the major difference between developed countries and developing countries is in their political evolution. Developed countries have political and economic systems that are inclusive and offer opportunities for most people to create wealth.

However, most developing economies have political and economic systems that are extractive. Those in the ruling class have a strong hold on political power, and use it to channel economic resources to benefit themselves and those close to them. Foreign aid, when channelled through such extractive systems, almost never reaches the most vulnerable in society. We need to rethink the form of aid Africa needs and the platforms for distributing or offering it.

Also, globalization is the reality of our day and age. There is increasing economic, social, technical, cultural and political interdependence between nations. People are more inter-connected now than ever before. The availability of worldwide communication systems through rapid improvements in communication technology and the internet has led to more international trade and cultural exchange. But globalization does not appear to be hastening Africa’s development. The problem is also rooted in the political structure and the leadership culture prevalent in Africa.

The problem is leadership

Some years ago, I had a discussion with Donald Duke, former governor of Cross River State in Nigeria. I commended his vision for a plan to attract large numbers of tourists from around the world, impacting positively on the economy of the state and the nation. I observed that a large number of leaders in Nigeria can’t envision Nigeria as a developed nation, and talk more of mobilizing citizens to actualize the vision. He replied with an illustration: Nigeria, he said, is like an aircraft that is being flown by pilots that did not go to flying school. He added that when the plane crashes, everyone blames the pilot. The question therefore is: where are Africa’s leadership “flying schools?” How and where do Africans acquire sophistication in the leadership skills required to guide the continent into development?

The cultivation of leaders with exceptional character and skills is critical to Africa’s development. Africa’s development partners should recognize that it is too late to teach someone who occupies a high position in government how to lead during side talks at global events. They should also bear in mind that there has to be alignment between the sense of identity of the leader and that of the followers for leadership to work.

Incompetence in leadership in most African countries is not only the problem of people who occupy positions in government; it is a reflection of the leadership culture. We’ve had different leaders with the same results for decades. The power distance that exists between leaders in government and citizens is also reflected in organizations and families. In such a structure, leaders don’t serve; they are served, because occupying leadership positions make leaders superior and unaccountable to the people they lead. Africa needs leadership development systems, and it is incumbent on development partners and global leaders to understand how cultural differences affect these.

Africa’s large youth population presents a great opportunity to influence the emergence of a new generation of leaders. The reality, though, is that the elite class on the continent tends to appropriate the existing curriculum for leadership development in expensive executive education programmes in business schools, whose fees are beyond the capabilities of the major part of the population. There is a need to democratize the leadership development process in the developing world. The high rate of infusion of mobile technology could be an advantage. This will make formal and informal leadership development an inclusive process that will reach people at all levels of society.