APC: There Is Cause For Alarm!! 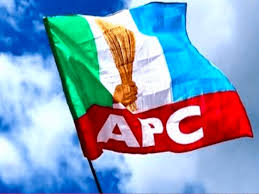 It was with mixed feelings that I received the news last Wednesday of the affirmation by the Supreme Court of the election of Rotimi Akeredolu as governor of Ondo State. Before the ruling, I had become quite apprehensive when the irregularity of having a sitting governor serving as the national chairman of a party was reportedly raised at the Court of Appeal.

I feared for Akeredolu’s survival, bearing in mind that it was Governor Mala Buni of Yobe State who as interim national chairman of the All Progressives Congress (APC) presented Akeredolu to the electoral body as the candidate of the party.

Now that it has all ended well for Akeredolu, i am happy for him for two reasons, one because he is my brother and fellow alumnus of the great Loyola College Ibadan and the other because the results of the elections did show clearly that the people of Ondo State preferred him.

Truly, there is ample merit in allowing the choice of the people to prevail instead of creating a Southwest Supreme Court Governor. Although it would have been a personal pain, I would have, as a political analyst, accepted the verdict if it had gone the other way, because the decision of the All Progressives Congress (APC) to make a sitting governor their interim chairman hardly resonates well with people including APC members.

A look at Section 183 of the Nigerian Constitution 1999, reveals that a state governor is not allowed, during the period when he holds office, to also hold any other executive office or paid employment in any capacity. This is why many people feel it was inappropriate for the APC to have made Governor Bala Buni to serve as its national chairman.

The fact that the said Section 183 of the constitution outlaws holding any other office “in whatever capacity” nullifies the argument that Buni was chosen only as an interim chairman and for a short period. To show that the APC was absolutely conscious of the real purport of the provision, she also introduced it in Article 17 of her own party constitution.