ASUU Moves Against Overseas Education For Children Of The Elite 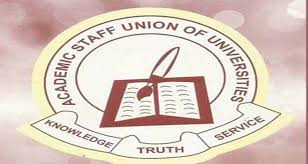 The Academic Staff Union of Universities (ASUU) yesterday took steps to stop children of the elite from being sent to study abroad when their parents are partly responsible for the rot in the Nigerian education sector.

Speaking at a one-day State of the Nation Summit in Bauchi, ASUU president, Prof. Victor Osodoke, blamed the nation’s leaders for the security challenges facing the country, which, he said, are a result of the abandonment of education.

According to him, while the elite in Nigeria have helped to wreck the education system through their negligence and other negative practices, they are shamelessly sending their wards to countries where the political elite did the needful to maintain and improve their own education system.

He also decried the high level of insecurity in Nigeria, calling on all to work together to solve the problem.

Osodoke, who lamented that things had got to a state where nobody feels safe in the country, said most of his colleagues are now afraid to travel by road.

He added that any country that abandons education would be creating insecurity for itself, as education is the bedrock of the development of any society.

“Any country that abandons education is creating insecurity, and that’s exactly where we are today.

“We have gotten to a stage that nobody is safe – whether you are going by the road, by air, by sea or by train. You are all aware that recently the bandits almost derailed a train.

“All of us need to work hard to change this trajectory,” he said.

The ASUU president revealed that the union was working round the clock to sponsor a bill entitled ‘Bring Back Your Children’ where non-governmental organisations (NGOs), student unions and academics would be mobilised to the National Assembly to press for its passage.

“Today, the leaders of this country and those who control our wealth have completely abandoned education.

“Today, this country is reaping the work of our abandoning education, and what do they do as an alternative?

“They have created avenues for themselves in such a way that having abandoned and killed our education, they look for somewhere else where people invested in education to send their children, their wards and relations.

“We are having one proposition we have put forward. We are going to storm the National Assembly with a bill.

“Their children must be in Nigerian schools, whether primary, secondary, university or colleges of education. When the bill is out, we’ll mobilise student unions, the academics and the NGOs,” he said.

According to him, when the children of influential persons attend school in Nigeria, the education system will receive the required attention.

The president commended the zonal coordinator of the union for organising what he referred to as one of the best summits from the zone in a very long time.