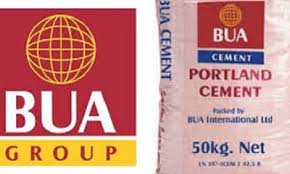 This is in spite of the fact that the company witnessed an improved performance in half year 2022 on various parameters like credit growth, asset quality, and profitability.

Checks by Nairametrics showed that at the close of trading, BUA Cement Plc’s share price dropped by 6.18% to N50.10 per share and N1.697 trillion in market capitalisation as of the close of trading yesterday (September 22nd) from N53.40 and N1.808 trillion, which were the share price and market capitalisation recorded the previous day (September 21st ).

Uncertainty over the 2023 elections and heightened insecurity, lingering ASUU strike has increased market apathy and negative sentiments, which has also resulted in the exit of some foreign investors and left the few domestic ones hanging on the sideline.

Market experts believe that domestic Investors’ sentiment is usually weak as they seek to reduce their market exposure when elections draw closer. The intensity of the impact is usually a function of the degree of political tension and uncertainty generated by political activities.

What you should know
Mr. David Adonri, executive vice chairman, Hicap Securities Limited, in a chat with Nairametrics said there was no price-sensitive information that was released to attribute a reason for the drop in share price of the cement firm.
He noted that the most recent information released to the market about the company was its second results which key performance indices were impressive.
“I think it was market forces at play, the market has seen a sustainable bearish trend these days, which is a usual market phenomenon, it is a good time for investors to take position on the shares as it offers buying opportunity. Aside from build-up to 2023 general elections, there has been various bad news in the country that are driving investors away, such bad news include insecurity, ASSU strike, organized crude oil theft, inflation among others. However, I think sooner or later things will be normalized and the market will bounce back.
“Right from the penultimate year to the election, the socio-political atmosphere becomes charged. Politicians resort to violent rhetoric and divisive tactics, which deepens the country’s socio-political fault lines, in order to establish a competitive edge. During this period, the economy becomes overloaded with money arising from excessive election spendings which spikes inflation.”
“Historical antecedents indicate that on average, both equities and bonds show positive or negative performance in the penultimate year and immediately after the election. While the drama of general elections can make your imagination run wild, what you need to watch out for is how the unfolding scenario will affect the economy, the capital market and your portfolio.
“It may be helpful to stick to a long-term strategy, which is longer than any election cycle, as returns in the capital market are made over a full business cycle, which may be longer than even one presidential term. For investors with low-risk tolerance, the safety of bonds can douse their apprehensions”.