Home News BUA Group, Others Are Killing Our Businesses, Bakers Cries Out
News

BUA Group, Others Are Killing Our Businesses, Bakers Cries Out 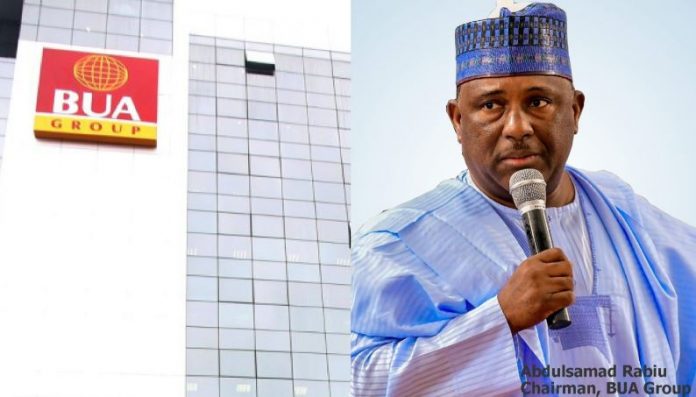 EaglesPath Online understands that the Association of Master Bakers and Caterers of Nigeria (AMBCN) in Abuja has called on the Federal Government (FG) led by President Muhammadu Buhari, to intervene in the recent price hike of flour by BUA Group – IRS Flour Mill (owned by billionaire Abdulsamad Rabiu), Super Four Mill and Golden Confectionery, stressing that the hike is killing their businesses and may also render many jobless if no action is taken.

According to a report by The Witness, the National Publicity Secretary of the Association who also doubles as its State Secretary, Kano State branch, Kabiru Hassan Abdullahi, said that the price of flour was N9,500 not long ago but now it has reached N16,200.

What are the bakers saying about BUA Group, others?

According to Abdullahi:, “The federal government should please come to our aid. The hike is killing our businesses and it’s sad they have refused to do anything about it.

“The increment is over 50 per cent and it’s even more saddening because even with the dollar exchange rate of N1 to over N500, we still bought flour at same N9,500; but why is it now that the rate has dropped that they increasing the price? This is pure wickedness.

“What Abdulsamad Rabiu of BUA Group, IRS, super and golden confectionery are doing is unhealthy for us and the Nigerian economy. In fact, they are planning to increase it again by N7, 000. Can you can imagine?

“One thing they should know is that if we are scrapped out of the market, the rate of unemployment in the country will double up because many in their thousands will lose their jobs

“We are still meeting and as things stand, we may have no choice than to embark on an indefinite strike,” he said.

Meanwhile, this is coming after JomogNews Nigeria had earlier reported that bread makers and the Gurasa Bakers Association of Kano state, northern Nigeria, had threatened to embark on indefinite strike if the flour companies (BUA Group – IRS, Super Mill and Golden Confectionery) fail to reverse the price of flour.

Gurasa is a Kano indigenous local bread made up of flour that serves as one of delicacies used by Hausa people in the state.

The chairperson of the Gurasa Bakers Association, Fatima Auwalu, had said nothing has changed since they called off the warning strike, rather, it is going up day by day, prompting them to embark on indefinite industrial action until authorities and stakeholders do the needful.

Auwalu further lamented that apart from the increase in the price of flour, the quality of the product has been reduced, saying “this has negatively impacted our business.”