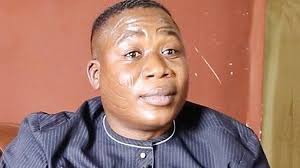 Ruling on an application brought by the detainees’ lawyers, the judge, Obiora Egwuatu, ordered that the arrested persons should be produced by the spy agency on July 29.

The judge said the order for their production was to enable the court determine the circumstances surrounding their arrest.

SSS will also have to “show cause” why they should not be released on bail, either conditionally or unconditionally, the judge added.

The ruling followed a fundamental right enforcement suit that the lawyers to the detained applicants, Pelumi Olajengbesi, filed on their behalf, pursuant to section 32(1) and (2) of the Administration of Criminal Justice Act, ACJA, as well as sections 6(6), 35 and 36 of 1999 Constitution, as amended.

The 12 persons, who have been in SSS detention since July 2, are; Abdullateef Ofeyagbe, Amoda Babatunde (Aka Lady K), Tajudeen Erinoyen, Diakola Ademola, Abideen Shittu, and Jamiu Noah.

The detainees were arrested in Adeyemo’s home in Ibadan Oyo State after what was said to be a gun duel that saw SSS operatives killing two persons and injuring others.

Adeyemo was recently nabbed at the Cardinal Bernadin International Airport in Cotonou while he was trying to travel to Germany.