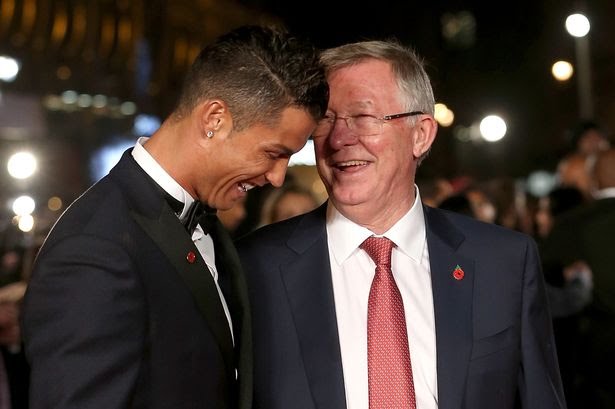 Cristiano Ronaldo has discussed his Manchester United future with former boss Sir Alex Ferguson in a series of private meetings.

Mirror Football understands Ronaldo and Ferguson, who live close to each other in Cheshire, have enjoyed regular chats over cups of tea at their respective luxury homes throughout United’s troubled season. Ronaldo has been a regular visitor to Fergie’s home while the legendary United boss has spent time with the striker and his family at the star’s own home nearby.

Ferguson, who first signed Ronaldo for United in 2003, was instrumental in the 37-year old goal machine re-joining the club in a £12.9 million move last summer. The pair have always enjoyed a close relationship – and it’s believed Ferguson is keen for Ronaldo to protect his legacy by staying at Old Trafford next season.

Ronaldo has delivered an outstanding season scoring 24 goals for United including hat-tricks against Tottenham and Norwich. His scoring heroics have attracted the attention of former club Real Madrid.

And although the Portuguese international has another year left on his deal – with the option of a third season – turmoil at United has led to speculation he may leave this summer. It’s believed Ferguson would like Ronaldo to stay at least another season and the pair are understood to have chatted about how United’s season has imploded since the striker arrived from Juventus last summer.

Ronaldo has so far stayed quiet on his future plans with incoming new manager Erik ten Hag set to replace interim boss Ralf Rangnick and arrive at Old Trafford this summer. The star gave a clue he may stick around to see if he will play a part in ten Hag’s vision for a brighter United future after scoring in the 3-0 win over Brentford.