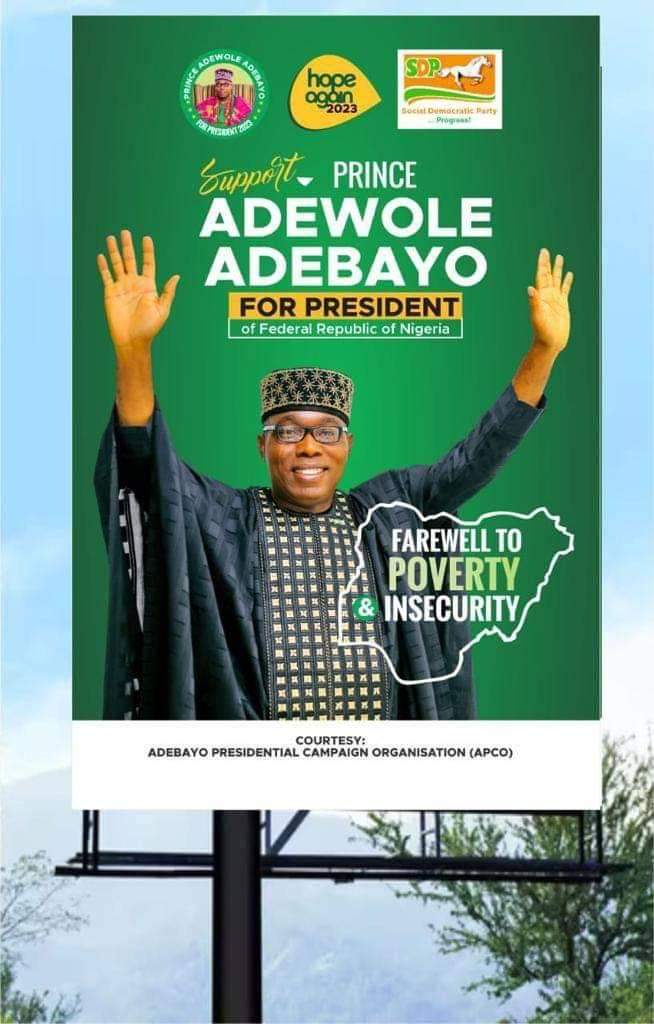 “Changing terrible rulers is the greatest way to fix leadership failure because bad rulers are unable to and unwilling to adapt. Vote out the awful politicians who theatrically bemoan problems they made and problems they have the power to address but choose not to in the general election of 2023. Added Adebayo.

Prince Adebayo recently denounced the most recent report that claims about 108,000 barrels of crude are being stolen daily from state-linked production; this development was confirmed by OPEC, which estimated that Nigeria lost 2.3 million barrels in July alone and 28 million barrels in total from January to July this year, endangering the FG’s N9.37tn oil and gas revenue by the end of the year.

The SDP presidential candidate claims that our current situation is the result of the self-proclaimed political leaders’ vested interests playing a variety of dividing cards.

While urging Nigerians to go beyond the current political parties or leaders who have been playing the ethnic and religious card, Adebayo has also urged other presidential contenders to openly declare their assets in accordance with transparency. “Vote correctly in 2023, let’s change the narratives once, and put an end to government aberration.”

Adebayo vowed to work for justice and truth in order for Nigeria to have lasting peace.

Share
Facebook
Twitter
Pinterest
WhatsApp
Previous article‘My One And Only Wife’ – Peter Obi Showers Encomium On His Wife, As She Celebrates Her Birthday
Next articleIllegal Haulage: Dangote Patrol team arrest, hand over errant Drivers to Authorities