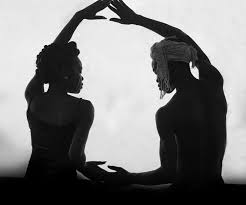 An Indian man was recently ousted as the cause of frequent power outages in his native village, as he always cut the power in the entire settlement whenever he wanted to see his girlfriend.

For weeks, the people of Ganeshpur, a small village in eastern Bihar’s Purnia district, had to put up with frequent power outages that only seemed to occur a few hours after sunset. No one seemed to know what was causing the problems, as the power company had not reported any power grid malfunctions, and none of the neighboring villages were dealing with similar issues. Exasperated, many in the villages started paying attention to the time when the outages occurred and came to the conclusion that power always went down after dark. They started to suspect foul play and came up with a plan to investigate.

One night, after the electricity went out as it often had over the past weeks, a number of Ganeshpur residents formed a search party and decided to search the village for answers. After combing the streets, they reached the village schoolyard where they discovered two lovers trying to keep their relationship secret. As it turns out, the man, who happened to be an electrician, was so desperate to keep their love a secret that he cut the power for 2-3 hours a night every time they met, just so people wouldn’t see them.

After admitting to sabotaging the entire village for weeks, the naughty electrician was reportedly beaten up, then tonsured and paraded through the streets as punishment. Luckily, the story does have a happy ending, sort of. After finding out about their secret romance, the village elders basically forced the two lovers to marry.

“The man was married to the girl in the presence of the Sarpanch and other village council members,” villager Marar Ram Murmu told Tribune India.

The marriage reportedly saved the electrician from legal repercussions, as no charges were filed against him, according to local police officer Vikas Kumar Azad, who said: “We have come to know about the incident but will act once we receive a complaint.”