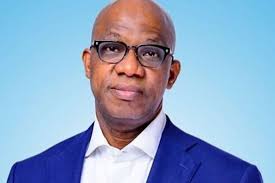 In what could be referred to as incompetence on the part of media aides and speech writer, a video has surfaced online wherein the Ogun state Governor, Prince Dapo Abiodun MFR is seen confidently making corrections to the errors in a speech prepared by his media team when he was being recorded for a scheduled television broadcast.

In the 5:29 minutes unedited video, Abiodun who didn’t conceal his dissapointment

was seen talking to some of his officials, disagreeing on structures of sentences in the speech.

Abiodun, who repeatedly mentioned that something is wrong with the speech, said he thought those saddled with the responsibility had done all necessary corrections on the writing, While background voices of some of his officials were heard also disagreeing.

The use of ” is that correct, something is wrong there, could be heard by the Governor who ended up being a teacher”

” Information, I thought you guys read this thing. I don’t know what you have done here o,” Abiodun said as he corrected a sentence.

With his tab, he made adjustments as he read further, asking if he is not too fast.

At a particular paragraph, the governor paused to drink some water, saying “we still have a long way to go.”

Watch the video below: