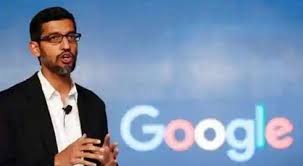 As CEO of Google and Alphabet, Sundar Pichai is responsible for making sure his companies continue to move forward, continue to evolve to keep up with the demands of millions of users and customers around the world.

That’s no easy job. But Pichai once shared with me a single question that helps him to remember his role. He learned the question from his mentor, former Columbia University football coach turned business coach Bill Campbell.

Whenever they met, says Pichai, Campbell would ask him:

“What ties did you break this week?”

Campbell wasn’t speaking about breaking ties as in, cutting off relationships. Rather, he was teaching Pichai that he needed to break stalemates.

Pichai got the point.

Often times, when an issue makes it to a leader, there are (at least) two good options available with which to move forward. Both options will have pros and cons, and both will have its share of supporters. Making a decision could alienate him from half of his team–at least temporarily.

But as a leader, Pichai’s job isn’t to keep everyone happy. Nor should he allow things to stay still, hoping that one half of the team will change their minds…or that the “right” path forward will miraculously become obvious. Rather, his job is to move things forward.

There’s a major lesson here for new leaders, and some longtime ones:

If you attempt to please everyone, you will end up pleasing no one.

So, how do you combat the tendency to be a people pleaser, and become a better leader?

Prioritize those who you want to please.

If you can’t please everyone, who should you focus on pleasing?

In the business context, the answer may depend on circumstances like what stage your company is in, your role at the company, and your short- and long-term goals.

For example, for decades, fellow CEO Jeff Bezos bucked the norm and refused to please Amazon shareholders by reinvesting large amounts of money, in hopes of refining company strategy and getting really good at more than one thing.

That strategy made a lot of people unhappy, but it also transformed Amazon into one of the most valuable companies in the world–and led to major profits in the long run.

At the same time, Amazon has been criticized for the way it treats employees, especially those working in entry-level positions.

When deciding who to prioritize, consider the following groups of people:

In addition, you should also consider yourself and your family. Not just because it’s the “right” thing to do, but because achieving balance and a stable home environment will make you a better leader, too.

With an organization as large as Google (and its parent company, Alphabet, which currently has more than 130,000 employees), it’s easy for issues to get stuck. Meeting after meeting. Discussion after discussion.

But leaders must remember that the goal isn’t perfection. The goal is to move things forward, and learn from mistakes.

“There are very few decisions that are extremely high stakes, where mistakes are going to have major consequences,” explains Pichai. “It’s the incremental decisions that lead to progress.”

Leading others requires giving them feedback they need to hear, but don’t want to hear. At times, it means pushing them outside of their comfort zone. Challenging them to do something they haven’t done before, and may not even believe they’re capable of (but you know they are).

And if your tendency is still to try and please everyone, ask yourself this question:

If my team fails, or if the company goes out of business, who will be happy?

So, if you want to be a better leader, take a page out Sundar Pichai’s playbook and ask yourself:

“What ties did I break this week?”

Prioritize those you want to please;

Pursue progress, not perfection; and,

Because leadership is moving things forward.