Home Others HERE IS ALL YOU NEED TO KNOW ABOUT THE NEW REALITY SHOWS...
Others 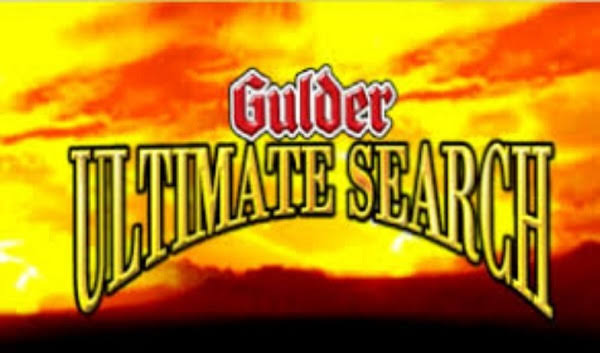 DStv and GOtv customers are beyond thrilled as the most anticipated survival reality TV show, Gulder Ultimate Search, will premiere on Africa Magic channels this October. In addition, customers also get to watch a new reality TV show, “The Rush”, on Pop Central (DStv channel 189). All these coming after the Big Brother Naija ‘Shine Ya Eye’ season. We can say it’s non-stop entertainment for viewers this month.

Excited about these shows? Here is all you need to know about the return of the adventurous ‘Gulder Ultimate Search’ and the high energy, physically intense reality show ‘The Rush’.

Gulder Ultimate Search popularly known as GUS will be returning for its 12th season after a 7- year hiatus with the theme ‘The Age of Craftmanship’. The show is sponsored by Nigerian Breweries in partnership with MultiChoice Nigeria.

§ This season, 20 contestants will tackle challenges they face in the jungle, in a quest to find a hidden treasure. Contestants will be tested physically and intellectually until a winner emerges and will be crowned the ‘Ultimate Man’.

In a bid to tread an unusual path, organizers of the show have announced that this year’s edition will be anchored by the award winning and most influential media personality, Toke Makinwa. This is coming on the heels of her recent gig as host of BBNaija ‘The Buzz’ show on Showmax.

Organizers of the show also announced that Nollywood actor and winner of the 7th edition of the show in 2010, Kunle Remi, will be the taskmaster for this edition. As taskmaster, Remi is expected to dish out tasks to the 20 contestants in the jungle.

The Ultimate Man or Woman this season will go home with over 50 million worth of prizes.

§ The Rush show will debut for its first season this October and is brought to you by Pop central. The show is designed to be physically intense and mentally tasking.

§ For its debut season, the show will have 16 contestants, selected through an audition process and will all compete in the show for 8 weeks, engaging in 39 meticulously designed intensive physical and mental tasks

§ DStv subscribers will get to watch the daily residence segment, which will air as a 2-hour recap that will run from 7pm to 9pm daily and a rerun the next day from 11am to 1pm on Pop Central (DStv 189).

This is definitely the time to stay connected on DStv and GOtv, to enjoy these shows and other amazing content.

Femi Anikulapo-Kuti, an Afrobeat megastar, the eldest son of Fela Anikulapo-Kuti, has commended Fearless energy drink for sponsoring this year's Felabration as...
Read more
Others

Why Nigerians below 18 should not own SIM cards — NCC

EaglesPath Online reports that the Nigerian Communications Commission (NCC) has explained why it wants Nigerians below the age...
Read more
Others