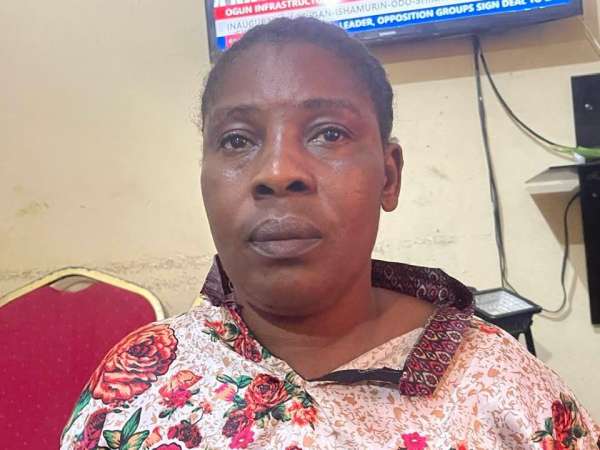 Yesterday, the Borno State Police Command announced that Nsa Heneswa, a middle-aged woman, had been detained in Maiduguri for allegedly stealing three kids with the purpose to sell them.

Abdu Umar, the state’s commissioner of police, revealed this information to journalists in Maiduguri. He claimed that on August 4, 2022, the suspect was apprehended at the Borno Express Motor Park as he attempted to flee with the three children, all of whom were younger than seven years old.

According to Umar, the suspect came in Maiduguri on Wednesday, August 3, and immediately went to Monday market where she noticed some helpless kids, known as “Almajiri,” who were renowned for begging on the street.

requested for a vehicle that was going to Lagos but members of the union told her it was already late. She then begged for a place to stay before the next day. Again, she went out and picked the third child, making three of them,” he said.

It was alleged that luck had ran out of the culprit when she decided to take one of the kids to a local restaurant when he said he was hungry on Friday morning.

“A commercial driver operating on the Abuja line at the motor park began to ask him questions on how he knew the woman, then he confessed that she took him from Monday market, ” the CP further said.

Umar said that on noticing suspicious attitude in the response of the lady, the security and surveillance team at the motor park arrested the woman and handed her over to the police for investigation.

According to him, the women confessed to have handpicked the children and was planning to take them to Lagos.
Umar said that the suspect alongside her accomplices, were said to have been in the business of buying and selling of children for some time, before the long arm of the law caught up with her last weekend.

The commissioner of police said that investigation is still ongoing.

“Honestly, this was my first time of doing this. I have never done this before. A woman in Lagos introduced me to this. I also have a nurse who was assisting me in the Maiduguri Specialist Hospital,” she said.