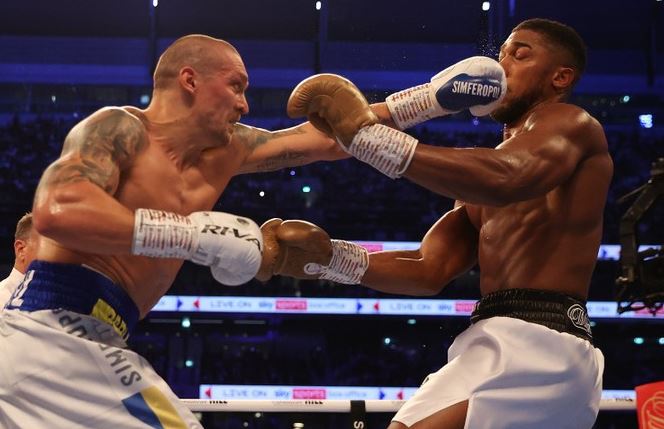 New heavyweight champion Oleksandr Usyk says he trained for half a year in other to defeat Anthony Joshua.

He said this in a post-match interview with Skysports, adding that the only thing he wanted to do with the fight against defeated Anthony Joshua was to give praise to Jesus Christ.

Usyk said, “This means a lot for me. The fight went the way I expected it to go. There were moments when Anthony pushed me hard but it was nothing special.

“I had no objective to knock him out because my corner pushed me not to do that. In the beginning, I tried to hit him hard, but then I stuck to my job.

“The only thing I wanted to do with this fight is to give praise to Jesus Christ.

“I have been working so hard since January in preparation for this fight, it took me half a year and I didn’t see my family for so long. I missed seeing them playing.

“I want to go home and be happy with my family and I’m not thinking about the rematch.”

A Kenyan athlete, Agnes Tirop has been stabbed to death in her home in Iten, Elgeyo Marakwet County on Wednesday.
Read more
Sports

The city of Abeokuta was agog with golfers, caddies, gallery, other sports lovers and indigenes as the four kingdoms of Egbaland –...
Read more