I Was The King Of Pranks – Gbenga Adeyinka 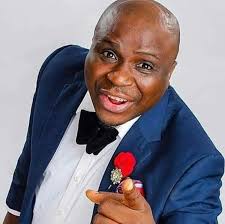 Popular Standup Comedian and Master Compere (MC), Gbenga Adeyinka De 1st, has reminisced on what can be described as the good, the bad, and the ugly experiences of his childhood days.

In an interview, the humour merchant and businessman described himself a the king of pranks during his childhood days, an act that has landed him in trouble severally.

He said that “I was the king of pranks. I remember being sent to grind pepper at Ilegogoro in Lagos, and I left the pepper by the goal post to play football. When I finished playing the football set, I didn’t see the bowl of pepper again, so I cooked up a story about how a car was about to run into me, so I dodged and the pepper and bowl fell into a canal that was too big for me to enter. Guess what? My aunt who had waited endlessly, came to look for me, saw me playing football and carried the pepper. When she presented the bowl, I nearly had heart attack. The beating had no part two.”

The Laffmattazz comedy show originator, who grew up partly with his grandmother, also speaks on the childhood experiences that shaped his life as one of Nigeria’s most successful entertainers.
“At a very young age, I was taught to be responsible, accountable and respectful.
I was brought up on the music of Chief Ebenezer Obey and his contemporaries, so that was like an elementary education for me. I was quite adventurous as a young boy. I learnt a lot by always been on the streets playing football all over Surulere (despite serious beating from my parents). All these moulded me into the man I’ve become,” Adeyinka recounted.

Meanwhile, Gbenga Adeyinka was born into a middle class family; he grew up in Surulere, an area that was then referred to as New Lagos. He was brought up to be aristocratic, “but na lie, the Ajepako spirit in me diluted all the upper-class training I got, but thank God because that’s what makes me extremely versatile and gives me the ability to blend in every situation I meet my self,” he added.

BBNaija: I’ve been single since 2015- Whitemoney

Whitemoney has stated he has been single since 2015. He made this known during his diary session.
Read more
Entertainment