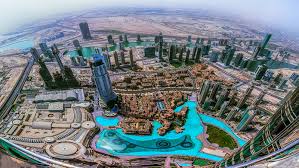 According to a statement by Head, Media and Public Affairs, NGF Secretariat, Abdulrazaque Bello-Barkindo, 14 governors are expected at the high-powered meeting which is anchored on behalf of the Nigerian governors by the Emirates Ministry of Foreign Affairs and International Corporation Cooperation, headed by Sheik Abdallah and assisted by Walid of AIM.

Barkindo added that the meeting is a product of a month-long interaction between NGF Chairman and Ekiti State Governor, Kayode Fayemi, and Abdallah, who had earlier given his commitment to ensuring a direct interface between Nigerian governors and strong business conglomerates in the United Arab Emirates.

“Beginning from Tuesday, AIM Global Leaders Debate, Abia State Governor, Okezie Ikpeazu, who will have a business to government meeting with SALIC at the investment hub in Dubai, will also meet with Abu Dhabi Fund for Development, Markaz, Elite Agro, and Sharaf Group Investment.

“He is also expected to grace the AIM startup hardware to acquire a comparative advantage with startup companies in Abia State.

“Bayelsa State Governor, Duoye Diri, who has already been in Dubai since Saturday, will be meeting with El-Sewedy Electric. In another business to government meeting also facilitated by Dubai foreign ministry, Diri will be meeting AMEA power and he will also be at the humanitarian summit among other meetings. Governor Diri will finalise his activities by attending the closing ceremony and Dubai declaration of the World Investment Forum.

“He is concentrating on presenting his state potential as an agricultural industrial processing zone where it is expected that huge sums will be ploughed into agriculture infrastructure.”

Sokoto State Governor, Aminu Tambuwal, is expected to seek investment that would improve issues relating to the state cement industry, livestock production, housing construction, and uplift of construction of a state-of-the-art medical facility, equipment, and ICT. “