Home News It is unfair for Nigerians to describe the National Assembly as a...
News 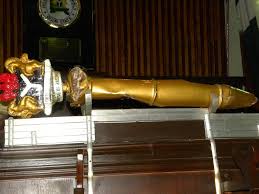 Speaking on Tuesday at the Model Legislative Assembly (MLA) programme organised by the Policy and Legal Advocacy Center (PLAC), Olatunde explained that Nigeria has continued to experience democratic renewal due to the progress made by the lawmakers.

Olatunde’s stance is in response to claims that the current legislature seems to only be doing the will of President Muhammadu Buhari and the All Progressives Congres (APC), rather than working for the Nigerian people.

But the clerk explained that although the parliament is yet to exert its full Influence in the true spirit of separation of powers, “It is no more the rubber stamp the people often assume it to be”.

Noting that the MLA programme was timely, Olatunde said it is an intoxicating avenue for citizens, especially the younger generation to increase their curiosity and direct Involvement in the workings of the only symbol of democracy such as the National Assembly.

“We must never relent in efforts to continuously induct young Nigerians with the workings of the legislative arm of at government. let me reiterate the need to include legislative studies as distinct from political science in our tertiary institution curriculum,” Olatunde stated.

PLAC executive director, Clement Nwankwo, said though Nigeria does not have a perfect legislature, but the parliament has been able to act as a check to the excess of the executive arm.

According to him, most of the narratives that focused on the cost of running the national assembly were been pushed by the executive in other to serve their own interest.

He said the MLA programme was designed to continuously attract, capacitate and model some selected interns to be better parliamentarians in the nearest future.