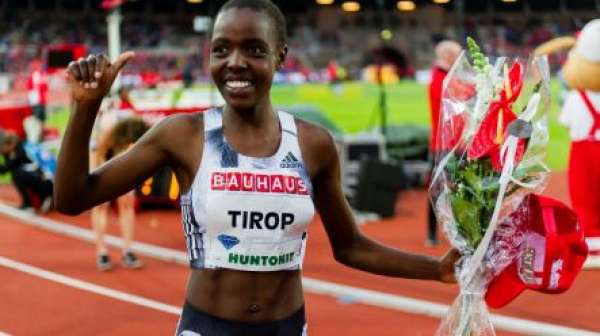 A Kenyan athlete, Agnes Tirop has been stabbed to death in her home in Iten, Elgeyo Marakwet County on Wednesday.

Agnes, a two-time World Championship bronze medallist, was allegedly stabbed by her husband.

A statement released by Athletics Kenya confirming the incident said, “We are this afternoon distraught to learn about the untimely death of World 10,000m bronze medalist Agnes Jebet Tirop.

“Tirop was found dead at their home in Iten after she was allegedly stabbed by her husband. We are still working to unearth more details surrounding her demise.”

Tirop made history by winning the World Cross Country title in 2015, becoming the event’s second youngest medalist. She also won bronze at the 2017 and 2019 World Championships in the 10,000m race.

At the Tokyo Olympics, the Kenyan long-distance protege missed out on a podium finish coming fourth in the 5,000m final.