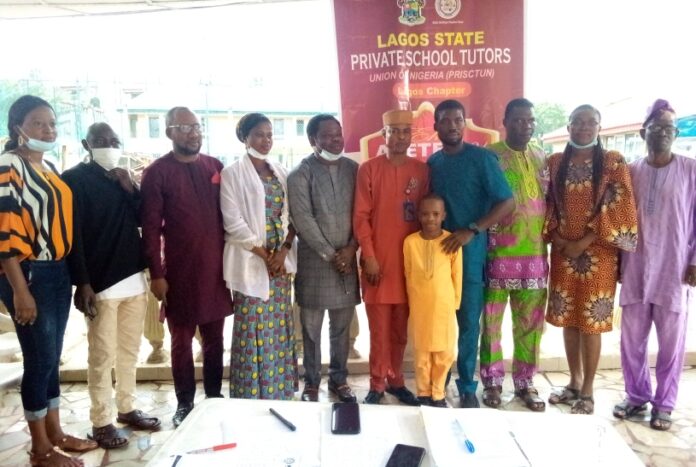 In a welcome address presented by the National President of the association Dr. Babatunde Folarin at the Ikeja Club House appreciated all those who made the meeting possible.

Babatunde who stated the union slogan as ” together we excel” acknowledge that the union is laying a legacy and a foundation which is expected to grow, excel and be fruitful in annals of union movement for the movement for the neglected educational sector over- time.

Furthermore, he stated that PRISCTUN is legally backed by the Federal Government through a Certificate of Registration 0133 by the arm empowered to register workers union which is Federal Ministry of Labour and Employment under the current minister of Labour Dr. Chris Ngige who approved the union registration on August 13,2020.

He said the process was completed between 2017 to December 2020; On January 25th, 2021 the certificate to use as license to practice the Trade known as Unionism in the Nigeria Education labour circle was issued, with her headquarters registered at Grace Academy, Ikangba Area Ijebu Ode.

PRISCTUN which is affiliated with the NLC with number 48 on the list of industrial affiliated union in February 2021 is to bring similar interests groups identified between 2019 to date such as APSTON, APST, NAPST etc. into a one united body with a view to strategically and structurally put in place interim overseeing officers to manage the affairs of the union at the state, branch level overtime.

Babatunde who said only the best should be allowed to lead across all strata , pointed out that the story of members are nothing to write home about when it comes to various dimensions in terms of Job security, welfare packages, remuneration, social status, job satisfaction, condition of service, workload, promotion issues, recognition, promotion etc. Whosoever will represent this union should be RELIABLE, DEPENDABLE, AVAILABLE and ABLE, he stressed.