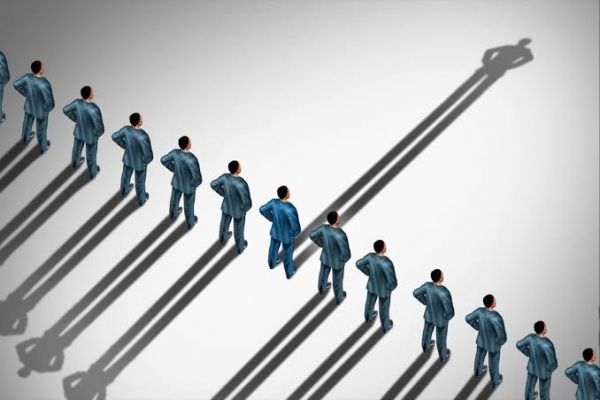 Letting others win in negotiation results in deeper relationships and alliances that may be worth much more one day, even if the deal seems to be to your detriment at first. A guy once called me about some business I had done with his employer nearly 20 years back. He told me he was never reimbursed by this employer for a credit card purchase of $4,000. I told him to call the employer and hold him accountable, but the guy told me he already had. The former employer had said no. He wanted me to pay.

I was on the flat side of broke at the time, so it certainly didn’t seem fair that I should have to pay that money, but I knew it would be even less fair if this man did. Without being properly reimbursed, he only stood to lose. If his employer wouldn’t accept that responsibility, I told him I would, and I offered to pay $200 a month until the debt was repaid in full.

He was surprised, thanked me, then added, “Actually, I’ve been thinking about selling skincare products on Amazon. Could you help me do that?”

I told him I could make him a brand and let him order whatever quantities he wanted. That was six years ago. Since then, this guy has paid me about $3 million. Letting other people win may incur some short-term loss, but you never know when or how they might return the favor with long-term gains that can be huge.

Everyone can walk away happy

People get upset when their team doesn’t win, but the games where everyone walks away happy are the most fun. If I see someone making a mistake when negotiating a deal with me, I tell them why that decision may not be good for them and offer a better alternative that would be much more advantageous for them. Letting the other person feel they win much more than I do makes them happy; therefore, they want to negotiate a better deal for me in return. It can get to be a competition where each side is trying to help the other side win!

A couple nearing retirement age came to me a few days ago wanting to start a business. They proposed promoting one of our brands at trade shows, driving brand awareness to bring more traffic to our website while we raked in follow-up sales and reorders. If all I had seen were dollar signs, I would have taken their offer and made millions on the back end from the work these people were willing to do.

But I said no. I explained that, instead, I could make a brand for them with their name and label that they could sell without me, keeping the money from reorders and creating a residual income in just a couple of years.

They stared at me and asked, “Why would you do that?”

I told them honestly: Their plan of action, where I would win big but they would win small, would never survive. An older couple stuck making small percentages each week at trade shows just to keep up would get tired of the constant hustle. That business would collapse. My proposal made it more affordable for them to hire teams of people to go out and do shows for them, supporting their long-term efforts to build a brand that I can continue to supply. Negotiating in their best interest, I told them, made more sense for everyone.

The key to the game is transparency

When customers come to me for a product because they’re unhappy with their current vendor’s service, the best way for them to win in a negotiation, I tell them, is to be transparent. Transparency regarding problems they’ve faced before can help me avoid making the same mistakes. Transparency about the current price they’re paying can save us all some time. If I send a quote that’s higher, they’d probably respond by asking why, and I’d come up with an explanation before they then reconsidered. We can skip all this with transparency. Tell me your prices and problems upfront, and I’ll tell you if I can offer you services at a lower cost.

Asking others to be transparent means being transparent with them too, even when something goes wrong. If we changed buyers or someone quit and they forgot to order a product, we’d have to place the order again, and everything would end up late for our customers. It’s easier to deal with the fallout of being transparent than to get caught in a lie, so be honest. Developing trust is one of the keys to win-win outcomes. The truth might lose you a customer today, but 10 years from now, if you’re the only game in town still selling the product they need, that person will have to make a choice about whether to come back to your business. And they will, because at least they’ll remember you were honest.

Even when their requests seem impossible, I can use the information I’m given to figure out another way to achieve something similar. Say a customer needs delivery on time all the time and, even with supply-chain shortages, are unwilling to pay more. Give me a blanket order committing to the next six months or a year so I can order more materials at once, I say, and I’ll give you your price. They have the cash and pay the deposit, and we solve their impossible problem. Instead of $200,000, I end up with a million-dollar order, and everyone wins.

People only looking out for themselves usually have the least support, but those always looking out for others have it in abundance. Be willing to change your mindset about what the outcome of a business deal should look like. By listening and understanding the other side’s point of view, what they value and where they might be flexible, you end up with more support when negotiating a deal and more information to solve problems. Letting people win doesn’t mean giving in to everything they demand. Rather, it means understanding their needs so you can create scenarios where you win because they win.