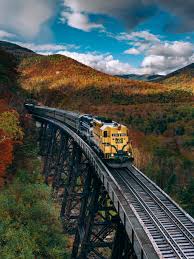 A man has been accused of jumping in front of a train and having both legs cut off by the metal wheels in order to claim over $3.2 million in insurance payouts.

Sandor Cs, a 54-year-old man from the Hungarian village of Nyircsaszari, lost both of his legs in a horrific incident in 2014. He claimed that on the fateful day of July 30, 2014, he was walking near the train track when he happened to step on a piece of glass, which caused him to lose balance and fall in front of a speeding train. The injuries to both his legs were so severe that he had to have them both amputated from the knees down, and he spent months in a wheelchair before getting prosthetic limbs. However, insurance companies have spent the last seven years gathering evidence in an attempt to prove that Sandor willingly in order to collect a fortune in payouts.

Hungarian authorities started suspecting that Sandor Cs.’ case wasn’t exactly open-and-shut when they were informed that he had taken out 14 high-risk life insurances policies in the year leading up to his train “accident”. He later claimed that he had received financial advice that insurance policies had better returns than savings accounts.

But those 14 insurance policies weren’t the prosecutors’ only evidence. The train conductor who initially confirmed that Sandor fell in front of the moving vehicle later changed his testimony, claiming that the man threw himself in front of the train on purpose.

Sandor’s wife tried filing the insurance claims immediately after the incident, but the companies refused to pay. Now, they likely won’t have to pay a cent, after the Pest Central District Court ruled on November 9 that the 54-year-old man walked onto the train tracks deliberately to sustain bodily harm and then claim $3.2 million in insurance payouts.

“I find the ruling very peculiar, naturally it isn’t what I expected, I am disappointed.” Cs. told Hungarian news outlet Blikk after hearing the ruling. “I need to see this through to the end because, as is, this is not right, and the court must feel the same way.”

Mr. Cs., whose full name has not been revealed for privacy purposes, told journalists that his injuries left him unable to continue working in the thermal energy sector, and that his injuries and the legal case have left him bankrupt. He has now received a two-year suspended prison sentence and must pay $6,300 in legal fees.

As shocking as this story may seem, this is actually not the first time we’ve written about someone who voluntarily parted with their limbs in order to claim insurance payments. Last year, a young Slovenian woman received jail time for allegedly cutting off her arm in order to cash a $1.2 million insurance payout. Then there was the case of a Vietnamese woman who paid someone to cut off her limbs, so she could claim around $180,000 in insurance payments.