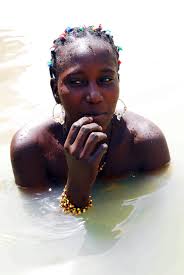 A Muslim man from India’s Uttar Pradesh reportedly tried to divorce his wife of two years because she doesn’t bathe daily, and they fight every time he asks her to.

Personal hygiene is an important part of a relationship, and in some cases, it can become a serious enough issue to warrant the end of said relationship. Case in point, a Muslim man in India who decided to divorce his wife because she refused to bathe every day. He claimed to have repeatedly asked his wife to bathe more often, but every time the issue came up, their discussion ended in a verbal spat. Ultimately, he turned to the controversial “triple talaq” to break off the marriage, even though the two had a one-year-old child together.

“The man, during counseling, repeatedly and firmly told us that he wants to end terms with the woman. He also gave an application to us to help him get a divorce from his wife as she does not bathe every day,” a counselor with the Women Protection Cell said.

Upon learning of her husband’s decision, the wife, who hails from Uttar Pradesh’s Kwarsi village, turned to Aligarh’s Women Protection Cell, saying that she wanted to stay married and asking for help to ensure that happened.

“A woman gave us a written complaint stating that her husband has given her triple talaq on the pretext of not bathing every day. We are providing counseling to the couple and their parents to save their marriage,” a representative of the Women Protection Cell stated. “We are trying to counsel the man to not break his marriage with his wife as it is a minor issue and which can be solved. We are also trying to make him understand that their divorce can also affect the upbringing of their child.”

Because the reason for the divorce application does not fall under any violent act or crime against women, the wife’s petition to the Women’s Protection Cell cannot go forward, but the organization hopes that the couple will be able to resolve the matter with the help of counselling.

Believe it or not, this sort of case is not as rare as you might think. Just last year we wrote about an Indian woman who divorced her husband because he didn’t bathe often enough, and a couple of years earlier we had a Taiwanese man who divorced because his wife only bathed once a year.

…suicide note says she cheated and infected him with the virus EaglesPath Online reports that a pastor in Nyamira...
Read more