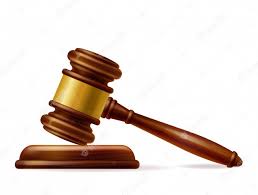 An Ohio man tried to sue his wife for leaving her shoes in an inappropriate place and causing him to trip and tumble down a flight of stairs, suffering multiple bone fractures.

An appeals court recently rejected John Walworth’s lawsuit against his wife, Judy Khoury, over an incident that occurred in February of 2018. Walworth was helping his then-fiancee by carrying some jugs of vinegar to her basement when he tripped over a pair of her shoes and fell down the basement stairs, breaking bones in his leg, arm, and hand. He later sued Judy, claiming that it was her carelessness that cost him $80,000 in medical bills and another $18,000 in lost income because his injuries caused him to miss work.

On February 18, 2018, while visiting his fiancee’s house in Cleveland, John Walworth was asked to carry a box full of four one-gallon jugs of vinegar from her car to her basement. He took the box and entered the house through a backdoor, but as he got ready to descend the stairs into the basement, he stepped with his left foot on a pair of black and grey shoes that Khoury left on the landing at the top of the basement. This caused his right foot to catch the lip of the stair tread and lose balance.

Walworth tumbled down the stairs and suffered multiple bone fractures, which required three surgeries and several months of physical therapy to repair. In October of 2019, the man’s lawyer filed a lawsuit against Judy Khoury, arguing that she had created dangerous conditions in her home and failed in her duty as a host to protect a “social guest” from them. The strangest thing is that in April of that same year Walworth had married her…

During a sworn deposition, Judy Khoury testified that she always left her shoes by the back door, and hadn’t thought of telling her then-fiancee about them. She also added that she did not see Walworth fall so she couldn’t be sure he tripped over her shoes. Khoury’s lawyers said that she felt responsible for leaving out the shoes, but that did not amount to her taking legal responsibility for his injuries.

“Had Mr. Walworth used ordinary care and simply looked where he was going, especially given he was about to go down a set of stairs, he would have easily seen the shoes on the floor,” Khoury’s attorneys said.

A three-judge panel at the 8th District Court of Appeals agreed with the defendant’s lawyers and rejected Walworth’s lawsuit. According to court documents, at the time the lawsuit was originally filed, Walworth and Khoury were already married and remain married to this day…