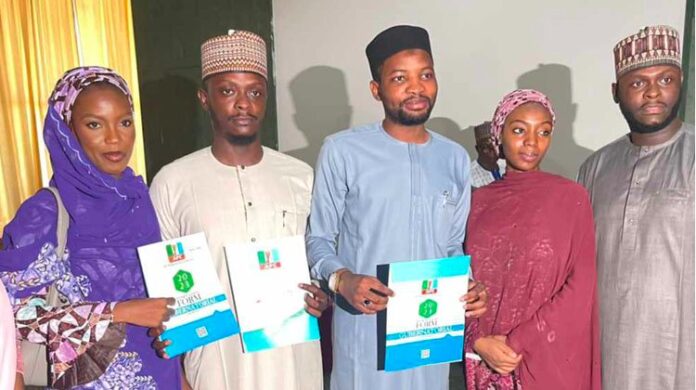 The children of a former member of the House of Representatives, Sani Muhammed Sha’aban, has purchased the expression of interest and nomination forms for their father.

One of the daughters, Asmau Sani Sha’aban, disclosed this on Thursday.

Sha’aban is vying for the Kaduna State governorship election on the platform of the All Progressives Congress (APC).

Addressing newsmen shortly after obtaining the forms for their father, Asmau said the 17 children pooled resources together to buy the N50m forms.

Asma’u said their father was in the race to improve the socio-economic status and the security of lives and property of the state.

She said, “I believe he has the tact to tackle the insecurity in the state and improve on the economy.”

She noted that the current administration of Governor Nasir el-Rufai had done well for the state, but that more needed to be done for the overall growth of the state.