Home News N6trn wasted, 13,700 projects abandoned - these and other revelations are in...
News

N6trn wasted, 13,700 projects abandoned – these and other revelations are in the audit report on NDDC just submitted to FG 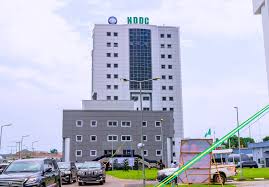 Billion of dollars in funding aimed at developing the Niger Delta, Nigeria’s volatile and impoverished oil-producing region, have been lost over the past two decades, the federal government said on Thursday, citing a new forensic audit.

The delta, a vast wetlands in the far south of Nigeria, has been home to a lucrative oil industry since the 1960s but still lacks decent roads, electricity and basic public services, a state of affairs that has fueled insurgency and crime.

The government said a forensic audit of the publicly funded Niger Delta Development Commission (NDDC) had revealed that vast investments made from 2001 to 2019 had gone to waste.

Abubakar Malami, attorney general and justice minister, said N6 trillion or $14 billion at the current official exchange rate had been ploughed in to the NDDC during that period and that 13,700 projects were “substantially compromised.”

“The Federal Government is particularly concerned with the colossal loss occasioned by uncompleted and unverified development projects in the Niger Delta Region, in spite of the huge resources made available to uplift the living standard of the citizens,” he said in a speech presenting the audit.

Malami also said NDDC had 362 bank accounts and there was no proper reconciliation of accounts.

NDDC referred comments to the Niger Delta Affairs minister. In a statement, Minister Godswill Akpabio urged the government to urgently implement the report, which he said would help “reposition” NDDC to its original aim of developing the region.

Malami said the deficiencies identified by the audit would be remedied through “initiation of criminal investigations, prosecution, recovery of funds not properly utilized for the public purposes for which they were meant.”

Nigeria’s federal and state governments have struggled to deliver public services across the country, but the problems are most keenly felt in the delta, where local communities are highly aware their region generates vast amounts of wealth.

The revenues from the delta’s oil wells are shared between the mostly Western oil majors that operate them, the federal government and all 36 of Nigeria’s states.

A new Petroleum Industry Act was recently passed stipulating 3% of the annual operating expenditure of oil companies should be sent to the communities where the oil is produced. Some community leaders have said that was not enough. ($1 = 411.0000 naira).