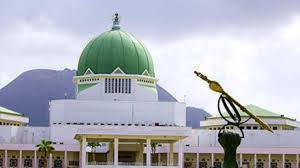 Senate President, Ahmad Lawan, on Thursday said the ‘demon’ behind the non-passage of the Petroleum Industry Bill has finally been broken with its passage.

in his remarks after the eventual passage of the PIB, Lawan congratulated the Ninth Assembly and Joint Committee on Downstream Petroleum Sector; Petroleum Resources (Upstream); and Gas for the “tremendous and historical achievement of passing the long awaited Petroleum Industry Bill.”

According to him, the passage of the PIB was an indication that the “demon” behind its non-passage in the past had been finally defeated.

He added, “I must commend the leadership of the House of Representatives, too, for providing leadership to ensure that our Joint Committees in the Senate and the House work together to produce the report that we have just passed.

“Let me say that the Ninth Senate and, indeed, the Ninth National Assembly has achieved one of its fundamental items on the legislative agenda.

“We promised Nigerians that we will do our best to pass the PIB that has defied passage or defied assent. At least, the demons are being defeated in this chamber.”

Lawan appealed to President Muhammadu Buhari to give expeditious assent to the bill when it is eventually forwarded to him by the National Assembly.

The Senate, thereafter, adjourned plenary till next week Tuesday, the 6th of July, 2021.