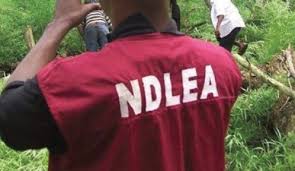 Williams Olanrewaju, a former employee of the National Drug Law Enforcement Agency (NDLEA) has filed a lawsuit against the organisation and four other parties in the Abuja Division of the National Industrial Court of Nigeria for allegedly firing him in violation of the law.

The plaintiff claimed that he was fired from the Special Enforcement Team/Sensitive Investigative Unit of the NDLEA in Lagos, where he had worked between February 2016 and October 2019, after speaking up against some of his coworkers’ corrupt actions.

According to the claimant, who joined the organisation in 2011 and eventually attained the rank of Chief Narcotic Agent, if it weren’t for the alleged victimisation, he would have advanced to the position of Assistant Superintendent of Narcotics before being summarily fired from his position.

Olarenwaju is requesting that the court annul the March 24, 2022 Notice of Punishment and subsequent dismissal on the grounds that they were invalid, illegal, and unconstitutional.

The plaintiff also asked the court to issue an order mandating that the NDLEA pay him N90 million in damages for the infringement of his rights.

Olanrewaju traced his ordeal back to the SET/SIU Lekki headquarters in Lagos, where he had concerns with his senior officials over “their corrupt actions,” in a 77-paragraph testimony made under oath.

He said that his superiors were involved in bribery, assisting and abetting, tampering with seized drugs, assuring the loss of files, and refusing to arrest anyone found in possession of hard drugs.

He further asserted that he had proof for his claims, including items on his business laptop, desktop computer, and other devices.

The plaintiff explained that on September 24, 2019, he and other officers of the SET/SIU, collected three kilogrammes of heroin from one drug courier at Farm City Lounge, Lekki, close to the SIU office in Lekki but, he was later told, “not to write anything in the report because the 3kg of heroin would be kept as evidence for a future arrest.”

He said he was shocked and displeased by the action and later realised that his superior “had tampered with the 3 kilogramme of heroin”, which ought to have been taken to the NDLEA’s “Central Exhibit for safekeeping”.

Among the reliefs he sought included a declaration that his two orderly room trials that led to his punishment and subsequent dismissal were illegal, unconstitutional null, and void.

The claimant requested that the court rule that he is still lawfully employed by NDLEA.

He requested both the return of his monthly salary of 82,000 Naira and an order of perpetual injunction prohibiting the NDLEA and its officers from further treating him inhumanely and degradingly.

Additionally, he requested that the court order the defendants to pay him N90 million in total as restitution for the violation of his rights to privacy, personal freedom, and dignity of person, as guaranteed by Section 34 of the Federal Republic of Nigeria Constitution of 1999, as amended, as well as Article 5 of the African Charter on Human and Peoples Rights (Ratification and Enforcement) Act Chapter AB (Chapter 10 LFN 1990) and Article 5 of the Universal Declaration of Human Rights.