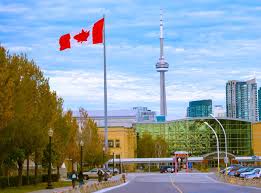 Canadian Government has described the security situation in Nigeria as unpredictable and fragile, advising its citizens in the country to take their personal security very seriously.

In a travel advisory posted on its website, the government urged its countrymen to avoid non-essential travel to Nigeria due to the “unpredictable security situation” throughout the country and the significant risk of terrorism, crime, inter-communal clashes, armed attacks and kidnappings.

In Northwestern states of Kaduna, Kano, Katsina, Sokoto and Zamfara and Northeastern states of Adamawa, Bauchi, Borno, Gombe, Jigawa and Yobe, the government advisory stressed that there had been rising incidents of terrorism.

Added to that, the advisory from the Canadian consular, explained that the risk of kidnapping in some northern states of Nigeria remain high, including in Plateau State, which it said is affected by sporadic episodes of inter-communal and sectarian violence.

The North American country stressed that security situation in the Niger Delta region remains fragile and unstable, particularly in the states of Abia, Akwa Ibom, Anambra, Bayelsa, Delta and Rivers “except in Port Harcourt, where we advise against non-essential travel”.

It noted that regional and ethnic conflicts between militant groups occur in the area and have led to higher incidents of violent crime and civil unrest, stressing that armed robbery and kidnapping pose a significant threat in the Niger Delta states.

“Militant activity has also been directed at foreign interests. Armed groups have carried out successful attacks on oil facilities and workers, resulting in injuries and deaths.

“If you choose to remain in the Niger Delta states despite this advisory, be extremely vigilant at all time. If travelling for business, ensure that meetings are held at a secure location and that your contact is known to you. Seek the advice of local authorities when planning trips and leave a detailed itinerary with family or friends,” it advised.

According to the advisory, piracy remains an ongoing threat in the Niger Delta states, worsened by armed robbery against ships, ship hijackings, kidnappings and hostage takings in coastal waters in the Gulf of Guinea.

However, the government of Canada urged its citizens to exercise a high degree of caution in Abuja, the Federal Capital Territory (FCT) and in Calabar, capital of Cross River State, where it said the security situation is more stable and facilities are relatively well developed compared to the rest of the country.

In Lagos, it called on its people to exercise a high degree of caution, specifically within the area covering Ikeja in the north down to Lagos Island, Victoria Island and Ikoyi, and from Mile Two (west end of Lagos) to Chevron Estate on the Lekki Peninsula (east end of Lagos).

“Avoid non-essential travel beyond this area. The level of criminality in Lagos is high and incidents of violent crime, including assaults and armed attacks, have occurred against foreign nationals and in areas frequented by foreigners. Avoid all unnecessary travel after dark.

“If you decide to travel to these cities you should stay in secure, guarded accommodations and maintain a high level of personal security awareness at all times,” it said.

It added: “There is a high level of crime throughout Nigeria, including armed robbery, kidnapping for ransom, home invasions, carjacking and violent assault. Criminal activity is high in urban areas, including the city of Lagos, as well as on the northern border with Niger and Chad.

“Robberies and muggings conducted by large, well-armed groups, in places frequented by expatriates, are common. Some have been committed by persons posing as police or military personnel, particularly in the Niger Delta.

“Petty crime, such as pickpocketing and purse snatching, occurs, particularly in crowded places such as public markets and popular tourist sites. Ensure that your belongings, including your passport and other travel documents, are secure at all times,” the North American country said.

According to the advisory, throughout the Niger Delta states, numerous Westerners, mainly oil and gas facility workers, have been abducted, and, in some cases, killed, urging residents remain especially vigilant in Warri, Delta state, in Port Harcourt, Rivers state as well as Abia, Anambra and Imo.

According to the government, police checkpoints are very frequent on roads throughout the country, with law enforcement officers and gangs often using aggressive methods to extort bribes.

“This is a recurring security problem, especially along Nigeria’s borders,” it noted.

While urging its citizens to avoid areas where demonstrations occur, it stressed that even peaceful demonstrations can turn violent at any time and lead to disruptions to traffic and public transportation.

It noted: “Road conditions and road safety are poor throughout the country. Drivers often drive at excessive speeds, and accidents are common. Visibility is poor due to lack of adequate lighting.

“Rental cars are available in Nigeria, but you should avoid them. Major hotels and the customer service centres at the airports in Abuja, Kano and Lagos offer reliable car-hire services complete with drivers.”