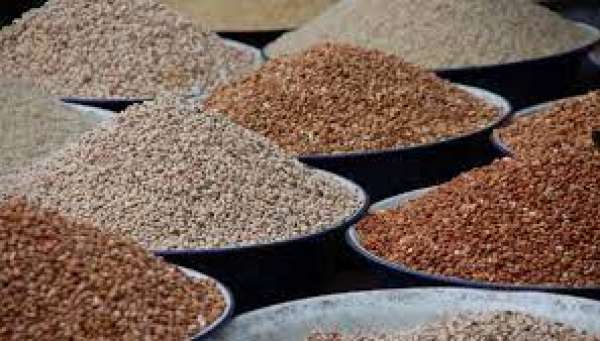 However, there is a noticeable downward review in the prices of some soup ingredients like a basket of tomatoes which at a time sold for N30,000 but is now selling for N12,000. While a bag of pepper (rodo) that used to cost between N12,000 and N15,000 has now reduced to N7,000 and N8,000, a bag of bawa, another specie of pepper, also sells for the same price, depending on the quality.

Some traders who spoke to Saturday Tribune lamented that the prices of the food items are becoming almost unbearable.

For Mummy Ope, who runs a frozen foods store and sells other food items like garri, beans, rice and groundnut oil at Bammeke, Shasha, Lagos, due to the continuous hike in the prices of food items, her profit margin has reduced. She said this had affected her purchasing power as customers could no longer make as much purchase as they used to.

For Saliu, who sells tomatoes and pepper on Ogunlana Street, Egbeda, Lagos, although the prices of some of the items have come down a little bit, “there is no guarantee that the prices in the market today is what you will find tomorrow.”

The traders called on the government to urgently intervene and save the masses from certain starvation, even as they expressed fear that the situation might get worse as the Yuletide draws near. Saliu attributed the outrageous increase to the activities of bandits, Boko Haram and herdsmen which have aggravated the security challenges in the country.

According to him, today, farmers don’t want to go farms for fear of being killed, while traders who used to transport commodities like tomatoes, pepper and onions from the North to the South in big trucks now move the items in small vehicles as a way of avoiding being noticed by bandits.

Food prices have continued to soar daily in Ogun State. A market survey conducted by Saturday Tribune at Kuto Market in Abeokuta South Local Government Area indicated that prices of foodstuffs are on the high side.

A market leader at Kuto, Mrs Racheal Ogunrinde, said the high cost of food items and other daily needs had become a cause for concern.

She explained that many traders were now approaching financial institutions and cooperative societies to get loans to augment their businesses.

“Daily increase in the prices of commodities is making life miserable for us as traders and our customers. Food sellers are not buying in large quantities again. They buy with little resources they have. Times are indeed hard. Things are not easy again.

“Our governments should assist us. They should provide soft loans for us to boost our businesses,” she said.

Prices of foodstuffs rise over insecurity in Anambra

People have continued to experience high prices of food items in Anambra State as a result of the ongoing security crisis in the state in particular and the South East in general.

Our correspondent, who visited the popular Eke-Awka Market in Awka, the state capital, on Friday, gathered that the prices of food items were high, with traders recording low patronage. At Eke-Awka, which is the only popular market in the state capital, a cup of beans that used to sell for between N90 and N100 now goes for N180, while a small bucket of the commodity cow costs N2,800, against its former price of N1,550.

The rise in the price of the item became noticeable after the commencement of attacks on the residents by gunmen.

The situation became compounded when the Indigenous People of Biafra (IPOB) began its sit-at-home protest strategy.

A seller of foodstuffs in the market, Mrs Chinyere Oduak, attributed the rising prices to the security situation in the South East, especially in the rural areas where 90 per cent of the food items are produced.

“Before the insecurity, I travelled every week to Akwa Ibom State to buy yam and gaari but I cannot do that again because of the situation. I now buy within the state at a high cost and resell at a high price as well,” Oduak said.

She said she had recorded poor sales due to the high cost of the food items, adding that many people now prefer eating at ‘mama put’ (street food stalls or roadside restaurants) to eating at home.

“I am not happy because my goods now take a long time before they get sold with poor profits after much preaching to customers,” Oduak lamented Ms. Ego Okafor, who sells yam, said a medium-size tuber of new yam goes for between N700 and N900, depending on the size. The President General of Eke-Awka Market, Chief Ikechukwu Okoye, who spoke to Saturday Tribune on the development, said he was surprised about the everyday increase in the prices of foodstuffs. He listed government negligence of the agricultural sector, kidnapping, banditry, killings, destruction of farm produce by Fulani herdsmen, disrespect for farmers by the political class and government workers, lack of social amenities in rural areas and multiple market levies imposed by the government and touts as the major causes of the increase in the price of foodstuff in Awka, Onitsha and Nnewi.

Saturday Tribune gathered that the price of items like pear, onions and groundnut in the market has gone up.

Consumers and sellers alike have expressed their unhappiness about the soaring cost of staple foods in the Enugu metropolis.

Nubuisi George, a dealer in rice and beans at Ariara Market, bemoaned the development: “High cost of transport and insecurity are caused by these Fulani terrorists who impede farming and harvest. Again, when poverty and lack of money make it impossible for people to buy food, patronage in the market becomes very low.”

At the Relief market along Egbu Road, Owerri, the cost of foodstuffs such as yam, rice, beans, onions and tomatoes is prohibitive. The chairman of the Yam Dealers Association in the market, Mr Ndubuisi Okere, told Saturday Tribune that the cost of a tuber of yam now ranged from N1,000 and N1,500 to N2,000, depending on the size.

He attributed the situation to the high cost of transporting the goods to Owerri. An executive member of the Zenith Perishable Farm Produce Association, Alhaji Muhammadu Danmassani, also lamented the high levies charged on the road by a government task force.

According to him, “there are seven places where the drivers are stopped by the task force to pay and at each stop, the driver is forced to pay N20,000 before he would be allowed to go.”

Mrs Nuoku expressed dissatisfaction with the current situation in the country, recalling that before the emergence of President Buhari, she was selling a certain brand of rice for N8,000. While demanding that a bag of rice should cost less, she appealed to the government to come to the rescue of the people.

Ebonyi State citizens are not spared from the hike in the price of commodities. Traders and buyers at the International Market, Abakaliki, lamented on Friday when Saturday Tribune called.

It was gathered that prices of commodities like rice, beans and gaari have increased by about 100 per cent between the beginning of the year and now.

A trader who deals in different types of beans, corn, millet and groundnuts, Mrs Nnenna Okereke, told Saturday Tribune that the increase had drawn their business backwards as they hardly made meaningful sales anymore.

Mrs Okereke said: “The price of beans is increasing every day; no permanent price. What you buy today will be different from what you buy tomorrow. It is no longer a time to sit down in the house and write food list. If you do it and come to the market, you will end up thinking that armed robbers have stolen your money. Today, for instance, a ‘painter’ of ‘Iron’ beans is N2,800, ‘Malaysia’ is N3,000, ‘Patasco’ is N2,600 and ‘Aloke’ beans, N2,700.”

She added that anything less than the price would result in a loss for her as the price of a bag of ‘Iron’ beans is N80,000, while ‘Aloke’ and ‘Patasto’ beans sold for N75,000 per bag.

Checks around Delta State on Friday showed that besides the cost of staple food like gaari that has nosedived a bit, others like rice and beans have become unaffordable for most households. At the two major markets in the twin towns of Effurun and Warri, traders lamented low patronage which they attributed to low purchasing power chasing fewer goods.

A four-liter paint bucket of gaari went for N400 before the advent of COVID-19 and went as high as N1,500 but the price has reduced to N900.

Speaking to Saturday Tribune, one of the market leaders at Effurun market in Uvwie Local Government Area of the state, a certain Mrs Obinna, urged the government to intervene before things become extremely unbearable.

“The government should intervene. The country is on fire. People are suffering. The rate of stealing now in the market is very high. We are angry,” Mrs Obinna lamented.

Mrs Anna Arotore, a tomato seller, said: “Things are too expensive. God help us. Factors like bad roads, police extortion and herdsmen activities are responsible for the hike.”

Joe Tochukwu, a rice and beans seller, said: “The government is not helping matters. Farmers can’t go to farms because of herdsmen. Things are hard. We hardly sell because people don’t have money to purchase foodstuffs.”

In the capital, Asaba, and its environs, Saturday Tribune price survey showed that the price of rice has remained stable for the past two months while that of beans experienced a little increase.

A bag of onions sells for N40, 000. However, the price of yam has dropped as a tuber which used to sell for N700 now costs N500. The drop, according to traders, is as a result of the period of new yam harvest.

A foodstuff trader in the market, Mr Agbo Okechukwu, said the steep price increase was affecting businesses, saying “some of us are tired because of the high cost of the items”.

Foodstuff dealers in Calabar markets blamed the hike in the price of the commodities on the prevailing high cost of transportation, haphazard government agricultural strategies and policies, as well as border closure and taxation. Speaking anonymously to Saturday Tribune at Watt market, a leader of the Yam Dealers Association in Calabar said although the prices were high, they could not sell the foodstuffs below the cost price.

He said: “It has not been easy but we cannot sell below the cost price. It is not our fault. I can tell you that none of our members has increased the prices on their own. The problem is the factors influencing our business. When the roads are bad, transportation cost becomes very high. Fuel price is high, so what do you expect us to do?”

Also speaking, a patron of the Yam Dealers Association in the city, a certain Mr Ihegirika, added that the government had refused to do the right thing, hence the extreme price hike in Nigerian markets.

“If you want close borders, you should first consult with relevant stakeholders in the food production and marketing value chain, create farm settlements to engage food producers and have a price policy plan. But these processes were ignored, all the government did was to rush and block all the borders and we are not producing enough for ourselves. That is where we got it wrong,” Ihegirika said.

An officer of the Rice Dealers Association put the cost of transporting 50 kg or 100kg of rice from Lagos to Calabar at about N1,000 while Onitsha to Calabar is N500 per bag.