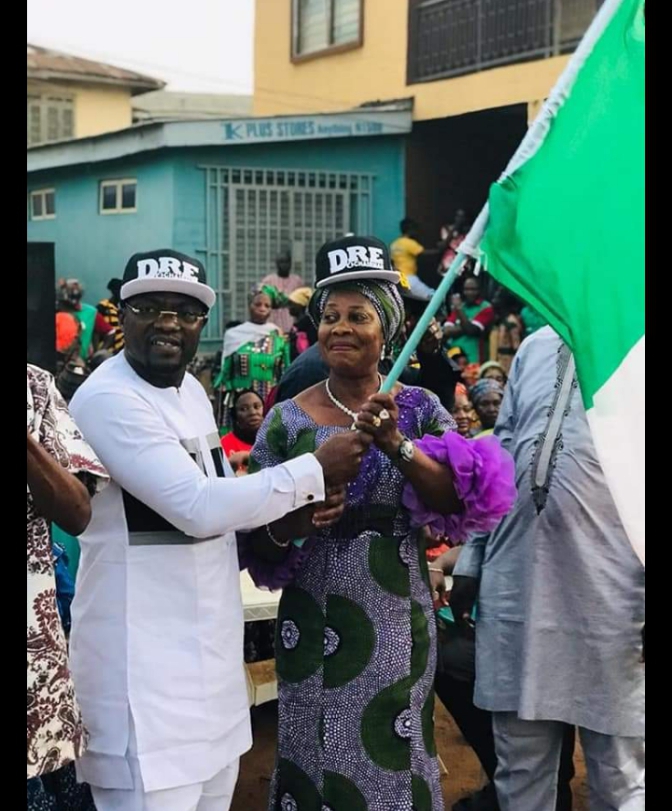 The warring factions in Ogun state People’s Democratic Party (PDP) have finally settled for peace ahead of the Local council election slated for July 24th.

The first joint meeting which was held at the party secretariat at oriyanrin had in attendance leaders from both Late senator Buruji Kashamu and Hon Oladipupo Adebutu State group.

Unanimously presenting Omooba Damilare Mohammed Bello Dre and Chief Mrs. Bolanle T. Kofoworola Oduguwa as Chairmanship Candidate and running mate respectively were Omooba Dauda Adeyemi of Lado faction and Laja Dabiri of Late Den Buruji faction. The Chairman of both factions who spoke at the event said “presenting a viable and acceptable candidate like Omooba Damilare and Chief Mrs Odofuwa is the best way to give Sagamu a new face of worthy administration to lead the Council”.

All the stakeholders who spoke expressed their deep joy that after a long period of intra party rivalry that party leadership and members were able to sheat their sword.

Statekehoders agreed to main lasting peace among the party members.

The Lagos State Government has announced restriction of movement across the State between the hours of 8a.m and 3p.m on Saturday, 24th...
Read more
Politics

Lagos LG Polls: 48 hours to go, who is APC candidate in Igando/Ikotun LCDA?

Politics ought to be fun, not just political meetings and laughing hysterically at the camera, however there's nothing so bad that politics...
Read more