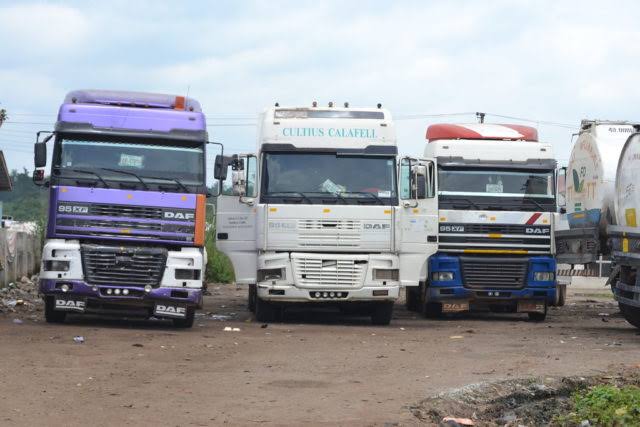 Transporters and other users of the Ogere trailer park will soon heave a sigh of relief as the Ogun State Government is collaborating with the Federal Government to resuscitate and develop the park, with a view to tackling incessant gridlock along the Lagos-Ibadan Highway.

Commissioner for Transportation, Engr. Gbenga Dairo made the revelation while speaking with OGIS after leading a delegation constituted by Ogun State Governor Prince Dapo Abiodun on an assessment visit to the park along with the officials of State government, Federal Ministry of Transportation and Nigeria Sovereign Investment Agency (NSIA).

Engr. Dairo said the Governor had earlier approached Federal Government for collaboration to resuscitate and develop the park which would among other things put a stop to indiscriminate parking of articulate vehicles on the road and incessant gridlock faced by motorists along Ogere axis of Lagos-Ibadan expressway, expressing government’s determination to create viable transportation system in the State.

“An estimation of 1000 trailers are operating around the axis and government is ready to proffer a lasting solution and maximise opportunities abound to impact positively on environmental and economy of the area. The State government will continue to partner with the Federal Government agencies and other relevant stakeholders to reduce pressure on infrastructures along the corridors and ease congestion for free flow of traffic”, he explained.

On his part, the Federal Controller of Works in Ogun State, Engr. Olaseni Bakare recalled that during the construction of the road, government was confronted with challenges of evacuating trailers that were parked along the road, saying series of consultations had been made before the trailers could be vacated for construction to take place.

Engr. Bakare said the Federal Ministry of Works was resolute to ensure that no trailer return to the road for parking, noting that it was fully in support of the State government’s interest to develop the trailer park.

He stated that the visit would help in preparing a preliminary report for the design of facilities expected to be at the park, which would include accommodation for trailer drivers, mechanics workshops, restaurant, fire station, among others.