Olaiya Igwe is not dead – TAMPAN 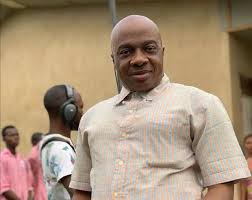 One of the reports said the actor died during the surgery of his Kidney stone.

However, a TAMPAN official on Tuesday morning described the reports as “Rubbish and Fake.”

He said: “It’s fake news and I can confirm to you that Olaiya Igwe is alive.”

UCH has also reacted to the reports of the actor’s death.

“I am not aware of anything like that. A journalist had called me earlier on the matter. We just checked; there is no record of him at the Emergency Unit of the hospital. At least, if he died at the hospital, the Mortuary record should have revealed that to us,” Akinrinola said.

BBNaija: I’ve been single since 2015- Whitemoney

Whitemoney has stated he has been single since 2015. He made this known during his diary session.
Read more
Entertainment