Home Others Olusegun Oluwatoberu Ogundimu: A Life of Impeccable Legacy and Service To Humanity
Others

Olusegun Oluwatoberu Ogundimu: A Life of Impeccable Legacy and Service To Humanity 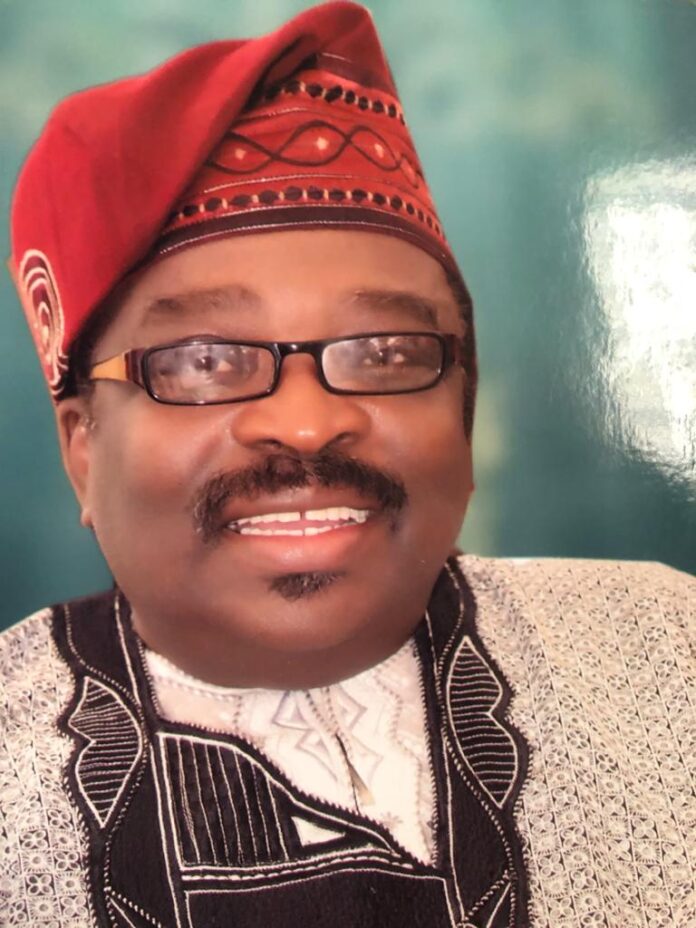 There’s something exhilarating about Dr. Olusegun Oluwatoberu Ogundimu. Even in death, he defies the deceased soul stereotype. Ogundimu wouldn’t slip into oblivion, rather he exerts a commanding presence in the lives of his beloved family, friends and associates.
It hardly matters that he has passed on to join the choir invisible of the immortal dead, fond memories of him persist in lives and minds made better by his presence. Thus Dr. Segun Ogundimu lives on.

Hardly anyone understands his staying power; perhaps it’s due to his creative genius and enthusiasm in the interests of the collective that his memories live on in the minds of lives enriched by him.
This among many other things, makes him a very interesting character in death as he was alive. A former two-time commissioner for health in Lagos State, Dr Olusegun Oluwatoberu Ogundimu died on Friday, July 23, 2021, after a brief illness. He was aged 71.

Ogundimu left behind an impeccable legacy and life well spent to the service of humanity. He founded Jon-Ken Hospital, Akoka and Clearline Health Insurance, a foremost Health Maintenance Organisation in Nigeria

He was also a strong advocate of democratic governance and the One Nigeria dream, aimed at promoting healthcare development in the country.

Ogundimu began his career in active politics at a relatively young age. He had vied for the position of the chairman of Somolu Local Government in Lagos State, as an independent candidate and came third in the polls.

Buoyed with a strong sense of purpose and determination to change the narrative and make an indelible impact, Ogundimu, in 1992, ran for the position of the President of Federal Republic of Nigeria, under the now defunct National Republican Convention (NRC) party which ended up giving that honour to Bashir Tofa.

Ogundimu, as a commis­sioner during the military ad­ministration of Buba Marwa, embarked on numerous health programmes that promoted the healthcare delivery system in Lagos State, particularly for the benefit of grassroots people.
He was appointed member, Lagos State Hospital Inspec­torate Committee in 1985, Chair­man, Lagos State Water Corpo­ration in 1992 – 1994, member TaskForce, Traffic Decongestion and Control, Lagos State in 1993.

Upon his appointment at the Federal Ministry of Health, Ogundimu resuscitated the moribund National Health Insurance introduced by the late Prof. Moses Adekoyejo Majekodunmi, with a lot of hard work and perseverance. He, alongside other notable patriotic Nigerians, were able to realise the dream of the National Health Insurance Scheme during the administration of former president Olusegun Obasanjo.

Ogundimu was later appointed as the Chairman of Port Harcourt Teaching Hospital, Rivers State by former president Goodluck Ebele Jonathan. This happened to be his last appointment by the Nigerian government.

In his condolence message to the deceased family, Prince Olagunsoye Oyinlola, the former Military Administrator of Lagos State and former governor of Osun State, paid tribute to the man he described as his brother and friend.

“I became acquainted with Dr. Olusegun Ogundimu when I was Military Administrator of Lagos State from 1993 to 1996. He was my commissioner for health during that period. Dr. Ogundimu served Lagos conscientiously and with uncommon dedication. Together, we initiated health policies and executed programmes and projects in Lagos which have endured the corrosion of time and politics. He was a patriot. He was also my friend and brother.

“Life is about service to God and humanity. From the way he lived, this appeared to be the motto of Ogundimu’s life. His death has robbed Lagos and, indeed, Nigeria a leader with progressive ideas. The medical profession has lost an icon and a voice in critical circles. Our circle of friends has also lost a valuable member. We all miss this great man who had no enemy,” he wrote.

Oyinlola prayed to God to grant Ogundimu’s family, friends and associates the fortitude to bear his loss.

According to a statement released by son of the deceased , Damilola Ogundimu, the funeral ceremony of Ogundimu will kick off on Wednesday, August 11, with a Christian Wake Keep/Service of Songs, at the prestigious Darlington hall, Plot CDE Industrial Crescent, off Town Planning Way, Ilupeju, Lagos, while the burial service will hold on Thursday, August 12, at All Saints Anglican Church, Montgomery road, Yaba

A military coup attempt was thwarted in Sudan early Tuesday and the situation has been brought under control, said the country's authorities.
Read more
Others

It is, perhaps, with just a hint of satisfaction that the Dutch office for national statistics has confirmed that the men and...
Read more
Article and Opinion

Think it’s all downhill for your brain after you hit 50? Think again. Like a fine wine, some mental skills such as...
Read more