[OPINION] Nigeria: Are the New NNPC Ltd and PIA Not Sources for Crisis? – 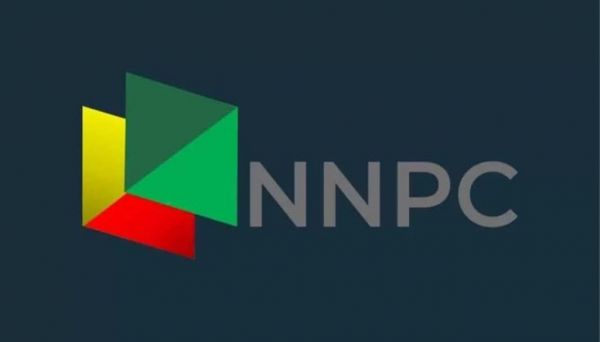 Reading through one of my respected columnists, Dr. Reuben Abati’s article on: “The New NNPC”, published on July 19, 2022, I shudder to note that there is, indeed, nothing new about the newly fashioned NNPC Limited Company.

We are told in NNPC Limited MISSION and VISION statements that it is a dynamic global energy company with business and operations across the entire spectrum of the energy value chain; the same NNPC which had these paraphernalia since its creation in 1977 and yet whose potentials for self-sustaining locally refined petroleum products have remained unexploited. And whose few and archaic refineries are a source of concern; badly administered and with a turn-around-maintenance profile that has continued to gulp huge cash flows with nothing to show for it.

And that the new NNPC Limited is focused on energy transition while ensuring domestic energy security is something that piques the mind. Can anyone in this country attest to this mission statement as a truism? What with the epileptic petroleum products supply, solely dependent on importation of finished petroleum products, ranging from PMS, diesel and other products? What with the unaffordable prices of these products?

What with the careless abandonment of our refineries, some of which are situated far far away from where the rich mineral resources are found, for political and self-seeking reasons. Why then insult the sensibilities of Nigerians with a mission statement lifted from other well organised and profitable world renowned oil and gas conglomerates whose systems are run efficiently and work perfectly well in the sustenance of domestic and external energy security needs.

The function of the NNPC Limited, we are told, is to harness oil and gas reserves for sustainable national development, with no reference, whatsoever, to the economic and financial sustenance and development of Nigeria’s Niger Delta region, the base of these rich mineral resources, from where oil and gas exploration and exploitation began since 1956 up until now, and whose proceeds make Nigeria the so-called Giant of Africa.

While the oil producing communities of the Niger Delta wallow in abject poverty and deficient of infrastructural development by reason of neglect and obnoxious, archaic and strangulating petroleum and land laws, other parts of the country are dry and clean with wealth and massive infrastructural development, courtesy of the rich oil and gas resources and their proceeds.

Dr. Abati, in his article had pointed out that “those who believe that the oil and gas that come from their soil in the Niger Delta is theirs see no reason why anyone, any group or any region that does not produce oil and gas should benefit from other people’s endowments in a ‘supposedly federal system'”.

It is interesting to note that Abati inferred to the fact that Nigeria is running a federal system of government even though he is well aware that the ‘Supposed Federal System’ is run as a unitary and at best, dictatorial in every sense of the word, when it comes to the administration, appropriation and misappropriation of the rich oil and gas resources of the Niger Delta.

A move unabashedly carried out for over 66 years, since oil and gas exploration and exploitation began in 1956. The rape of Oloibiri oil fields and its wilful abandonment still leaves a sour taste in the mouth of the Niger Deltans and infuriating enough to tell the ruling oligarchy and her willing collaborators that: “Enough is enough”.

That Abati, with his vast knowledge and understanding of politics of participation in Nigeria is unable to adequately position the rightful clamour for self-determination and resource control hinged on True Fiscal Federalism by Niger Deltans, is to say the least, unfortunate. Niger Deltans’ love for the unity and indivisibility of the Nigerian State has never been in doubt, right from its formative stages in the London Lancaster House debates for Nigeria’s independence through to its independence in 1960 and its republican status in 1963, and even during the unfortunate Nigerian civil war, up until now.

The region has remained the stabilising force for the continued unity, peace and prosperity of the nation. The region still remains the anchor for Nigeria’s political and economic stability and strength. That, Niger Delta rich oil and gas, and palm oil, timber and other resources were major sources of Nigeria’s financial wealth and economic muscle from pre-independence up until now is not in doubt.

To insult the sensibilities of loyal and committed Niger Deltans for their enormous contributions to the political and economic transformation and stability of the Nigerian State gives the impression that the region’s sacrifices mean little or nothing to the Nigerian State.

The people of the Niger Delta, and I believe, the so-called minorities spread across the Middle-Belt are merely asking for good conscience and Justice in the governance of the Nigerian State; to evoke best international practices in good governance under a people’s Constitution that should be fair, just and workable in protecting all shades and coloration in the present Nigerian State. Nigeria, we must be sincere to admit, is still a work in progress in terms of our development and growth into real nationhood.

The new NNPC Limited at best is still a glorified parastatal of government which would be castrated by politics and self-seeking politicians and their allies, home and abroad. I have no doubt in my mind that graft within its polity and all that has strangulated the old NNPC and made it a woeful failure in the effective dispensation or communication of its functions to the Nigerian State would still be the order of the day in spite of its newness. This is not the way to usher a new era of growth in the NNPC.

For instance, let’s take a look at the share-holding status of the new NNPC Limited. The shareholders are: (a) The Ministry of Finance Incorporated, MOFI, and the Nigerian Treasury. All of these are government entities. Is it not ridiculous, therefore, that these two entities of government represent the over 200 million Nigerian population in its shareholding stake?

Abati’s call, however, for a deep reform of the new NNPC Limited, I believe, comes to the rescue, for the people’s overall benefit or interest. It is a step that should be pursued with vigour and vitality for the new NNPC’s aspiration for good success as a limited liability company.