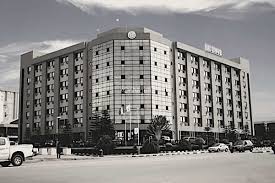 According to data released by the Securities and Exchange Commission on Friday, unclaimed dividends in the Nigerian capital market have climbed from N168 billion in 2020 to N177 billion in 2021.

Lamido Yuguda, director-general of the SEC, revealed this in Abuja while discussing some of the outcomes of the most recent meeting of the Capital Market Committee, which was also held in Abuja.

Yuguda said when asked what the commission was doing to address the rising number of unclaimed dividends: “The commission has done a lot about this in terms of working with the registrars to guarantee that dividends are now distributed electronically.

“As opposed to the previous method, which involved dividend warrants, this one involves investors’ banking accounts. The issue is that users must mandate their accounts, though.

This implies that in order for the registrars to directly credit your account with the profits, you must give them your account information. Because you currently have to visit each and every registrar you work with to provide the same information, we have seen that there are problems with that procedure.

To get a single point of delivering that information, he continued, “so that when you give it to one registrar, you don’t need to repeat the information across all the other registrars since they will immediately get your details.”

The head of the SEC stated that the second action taken by the commission was to inform individuals of the numerous developments that had occurred in the stock market.

He added that despite the SEC’s attempts to establish the electronic Dividend Mandate Management System, investors had continued to complain about a number of issues, including the lengthy manual process and the delayed e-dividend payments.

“A large number of investors are also still unaware of the eDMMS and have not mandated their accounts. The commission will, however, continue to create awareness in this regard,” Yuguda stated.

He added, “Capital market operators must also do more to demonstrate, through their activities, an efficient capital market that prioritises the interests of investors.”

He said the deployment of the surveillance solution would improve the commission’s regulatory and supervisory capabilities over securities trading activities and help modernise the local capital markets.

“It will also ensure market integrity and transparency across all trading platforms, and boost investor confidence,” he stated.

All of these, according to Yuguda, would bode well for the capital market and support its growth.