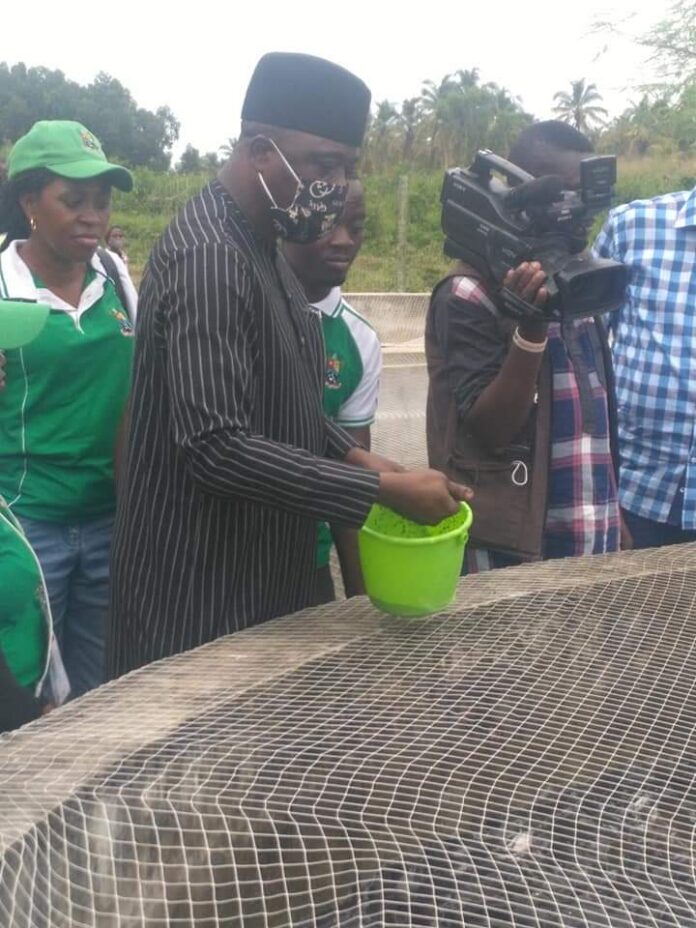 Commend the General Manager and his team for revitalization of the centre.

Speaking, the Chairman House Committee asked the General Manager, Mr Omirin to provide the Committee the insights of the job carried out so far in the centre and what they’ve been able to achieved.

In response, Mr Omirin thanked the Committee for finding time to visit the centre and for also inspecting the it to know how far work has gone, what they’ve achieved and what challenges facing them. “Within the time been, we’ve been able to trained our youth about aquaculture, poultry and snail farming in which the best amongst them were been rewarded for their excellent performance.”

“Encroachment is one major challenges we are facing. Others include transportation and electricity. We spent N200,000 weekly on the purchase of diesel for powering of because we need water for the day-to-day activities”, he said.

The Committee appreciate the General Manager and his team for their immense contributions to the improvement in Agriculture, urged them to continue to put in their best, and make sure that the youths were been trained, rewarded and lure more investors to partner with the centre.

The Committee tour round the centre to inspect both the existing and new projects. They harp on the contractors to make sure the projects reach the completion stage and be delivered soonest.

The Chairman of the Committee while addressing the press said; ” we are here to see how far about the operations and constructions of the budgeted projects going on here. We’ve been able to meet the contractors in respect of the projects given to them, unfortunately, most of the projects hasn’t been completed not to talk of been delivered”.

“Most of the contractors gave excuses they facing one or two challenges, and they’ve been invited to the State Assembly to meet the Committee, so, as to see the memorandum of understanding that they signed with the Lagos State Ministry of Agriculture”, he said.

Hon Ganiyu Okanlawon Sanni, who is one of the members of the Committee reiterated it’s an eyesore that the contractors hasn’t delivered the projects given despite the money disbursed as agreed. “We are inviting them to the State Assembly to look into their challenges and the needful steps to take in order to hasten the completion and delivery of the projects”, he noted.

Others members of the Committee are Hon Affini, Hon Tajudeen Suraju, amongst others.