Oyo: N11.5bn fraud, Alao-Akala has case to answer over – Court 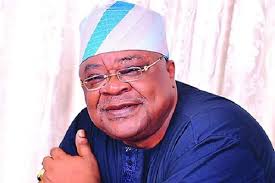 An Oyo State High Court, sitting in Ibadan, on Thursday ruled that a former Governor of Oyo State, Adebayo Alao-Akala and two others, have case to answer in a N11.5 billion fraud case.

Alao-Akala; Hosea Agboola, former Oyo State Commissioner for Local Government and Chieftaincy Matters and Femi Babalola, an Ibadan-based businessman, had filed a no case submission on the charges levelled against them by the Economic and Financial Crimes Commission (EFCC), after closing its case.

In his ruling, Justice Olalekan Owolabi, held that the defendants need to enter defence on the alleged charges of conspiracy, obtaining money by false pretences and award of contract without budgetary provision.

Owolabi, while overruling on the no case submission, said that the defendants need to enter defence on those charges.

He, however, discharged Alao-Akala on the charges of acquiring property with money allegedly derived from an illegal act and concealing ownership of such property.

The judge said the witnesses called by the prosecutor failed to link evidence to the acquired property, and as well, failed to prove genuine ownership of the property.

Owolabi, therefore, adjourned the case till Oct. 14, Oct. 21 and Oct. 22 for the defendants to open defence.

The News Agency of Nigeria (NAN) recalled that the defendants are facing 11 counts charge bordering on conspiracy, awarding contract without budgetary provision, obtaining money by false pretences, acquiring property with money derived from an illegal act and concealing its ownership.