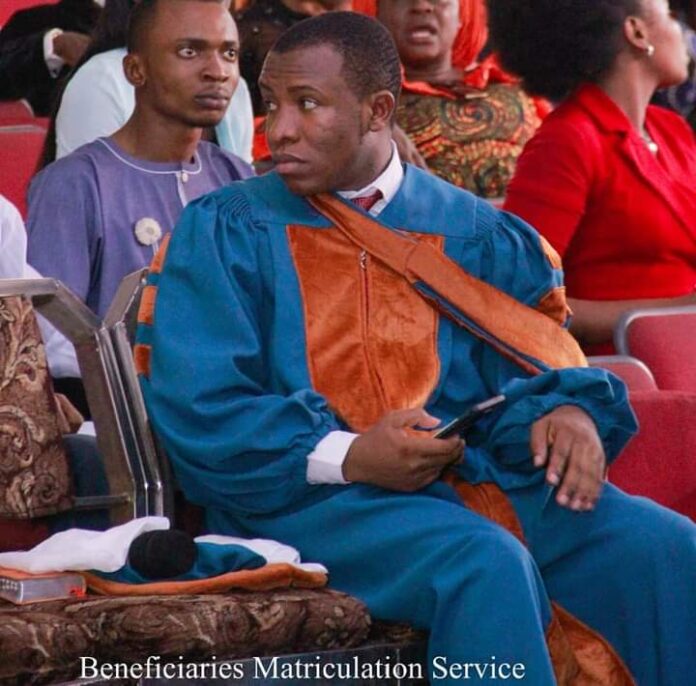 “EVER SINCE MY DAD DIED, I LOST ALL HOPE OF GOING BACK TO SCHOOL…”

“…until I met a man my father, my pastor, my role model Pastor Akachi Nwoke who has really change my life for good.”

This is the testimony of Mr Darlington Eruba, one of the numerous beneficiaries of of the undergraduate scholarship project pioneered by the lead pastor of The Afternoon Church, Pastor Akachi Nwoke.

This year’s beneficiaries could not hold back their joy nor their tears as hope and succor was restored to an erstwhile impossible dream.

For Excel yet another beneficiary, Shame has been rolled away from his family as he becomes the first person ever to attend tertiary institution.
The parents could not hold back their Joy also, as their reactions graduated from shock and disbelief to one of gratitude and relief. Relief that their children could now boast of something most of them could not achieve : the ability to further their education to the highest level. They showered praises and offered prayers for Pastor Akachi, his household and The Afternoon church.

According to a parent, when his daughter came home that fateful night to break the news of her scholarship award to the family, he didn’t believe nor think it possible. Two days later however, whilst watching as she celebrated with her friends as she matriculated, His joy knew no bounds.

This year’s project, which drew more than 2000 applicants from across Nigeria began with a two weeks boot camp which featured intensive prayer and word sessions, orientation, examination, announcement of results and culminated in the matriculation of the students at The Afternoon Church. While congratulating the successful awardees, Pastor Akachi enjoined them that beyond the education they would acquire in the institutions, they were primarily on assignment and therefore should strive to showcase Christ wherever they are.

The undergraduate scholarship project, now in its second year sponsors young persons in both local and international tertiary institutions, is one of several educational empowerment projects of Pastor Akachi Nwoke has empowered hundreds of youths who can’t afford tertiary education to attend debt free.

Other projects include The Free Hospital, The Free Restaurant, The Free School project, a basic education program for 3000 children from nursery up to secondary level, the undergraduate learn and earn project which pays students even as they attend school.
According to Pastor Akachi, this vision was birthed as an undergraduate in the federal university of technology, Owerri on the backdrop of his exclusion from the exam hall for his inability to pay his fees on time.

In his words, “ Ever since I was driven out of the exam hall twelve years ago because of delay in paying school fees in FUTO, I have not seized to find ways to make sure that everyone that wants to go to school can go to school”.

Congratulations to our beneficiaries this year, we hope you do God and the Kingdom proud!