Primate Ayodele Shines Beyond Nigeria As His Prophecy On Mali, Peru Accurately Comes To Pass 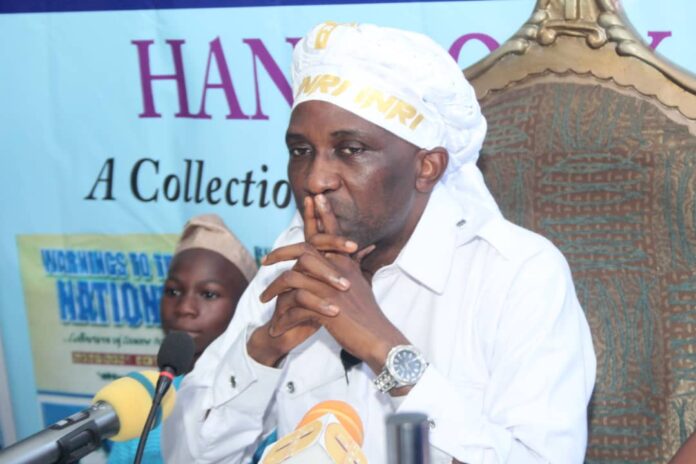 Despite the fact that he is being criticized by the Nigerian government because of his prophetic warnings against them, Primate Ayodele has continued to shine beyond the shores of Nigeria with the unceasing fulfilment of his prophecies exactly the way he put them.

Right from onset, Primate Ayodele has made it known with his prophetic unction that He isn’t limited to a country, continent, sector but an all-rounder prophet who says God’s mind about virtually everything that has to do with life.

Just recently, Primate Ayodele was celebrated for the fulfilment of his prophecies on the disastrous flooding in Germany, attacks in South Africa, Stepping down of Lebanon prime minister designate in the international scene. Right now, two major prophetic warnings have also been fulfilled in parts of Africa.

Some hours ago, The interim president of Mali, Assimi Goita was attacked with a knife at the mosque where he went to pray. According to information, He was quickly rescued from the armed men but was reportedly injured. At the moment, there is tension in Mali following this attack, and this has fulfilled another prophecy of Primate Elijah Ayodele which was published on DAILY POST on 9th Of June, 2021 and on city people magazine in July.

“The new Mali president will be working under serious pressure just for him not to extend his tenure, He will want to do better but let them pray against troubles, turmoil and attack. The president must watch his movement because rebels will want to destabilize his government. The junta of the military will need to call for the support of the international community,’’

Let’s take a look at this prophecy, the man of God said the President MUST watch his movement because of rebels and that they should pray against attack. With the happening in Mali, there is no doubt that Primate Ayodele’s prophecy has been fulfilled.

Also, Peru has just declared Pedro Castillo as the new president after weeks of polarized votes. This was contained in the 2021/2022 edition of Primate Ayodele’s annual book of prophecy titled Warnings To The Nation which was launched a week ago. He specifically noted that Peru will declare Pedro Castillo as the president on page 231 of the book.

The leader of INRI Evangelical Spiritual Church, Primate Elijah Ayodele has made a name for himself in the prophetic ministry with the...
Read more
Religion

What Does Femi Adesina Know?

By Lukmon Akintola I read with great dismay a write-up about the founder of Inri Evangelical Spiritual Church, Primate...
Read more
Religion

Femi Adesina And His Campaign Of Calumny Against Primate Elijah Ayodele

I was surfing the internet on Thursday night after a stressful day at work and because the federal government has banned twitter,...
Read more