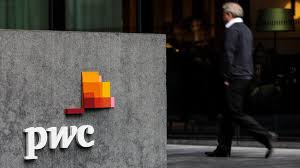 Chief executives of Nigerian-listed companies are among sub-Saharan Africa’s highest earners, according to a new report by PwC.

The median value of total-guaranteed packages, which includes base pay and benefits, for the heads of Nigerian companies is $323,000, the accounting firm said Thursday in a remuneration report. That’s the highest among seven sub-Saharan African countries excluding South Africa and is based on data published by 382 companies, it said.

Chief financial officers in Africa’s biggest economy are also among the best paid in the region, with median earnings of $219,000, according to PwC.

More than 40% of Nigerians, or 82.9 million people, are classified as poor based on their real per-capita expenditure of less than 137,430 naira ($334) a year, 2019 data from the National Bureau of Statistics show.

Nigeria is home to the continent’s biggest building-materials producer, Dangote Cement Plc owned by Africa’s richest man, Aliko Dangote. The country has the biggest companies by market value on the continent outside South Africa in the food and beverage, banking and energy industries through Nestle Nigeria Plc, Guaranty Trust Holding Co. and Seplat Energy Plc.

The market capitalization of Nigeria’s stock exchange is $49 billion, compared with South Africa’s $1.1 trillion bourse, which boasts the biggest listed company in Africa, Naspers Ltd. Some of the world’s biggest mining companies, like BHP Group Plc, Anglo American Plc and Glencore Plc, have secondary listings in South Africa and represent more than 20% of the total market capitalization of the benchmark FTSE/JSE Africa All Share Index.

A separate analysis of companies listed on the Johannesburg Stock Exchange showed a median pay of 5.17 million rand ($359,265) for chief executives across all industries and 3.34 million rand for chief financial officers, according to the consultancy. PwC omitted percentage changes in annual compensation due to the unquantified impact of Covid-19 and its analysis excludes long-term incentives, leaving some South African executives looking poorer.

South Africa is one of the world’s most unequal nations, a legacy of the apartheid system of racial discrimination that disadvantaged the Black majority and ended in 1994. The government is finalizing legislative changes aimed at narrowing the earnings gap between company executives and the lowest-paid workers, in a country where the official minimum wage is about 20 rand an hour.

“The time has come for leaders to step forward, take action and actively address fair pay in their organization,” said Andreas Horak, PwC’s reward practice co-lead. It is critical for leaders to be seen as “committed to creating working environments in which all employees are valued and rewarded and have equal opportunities to grow, develop and flourish,” he said.