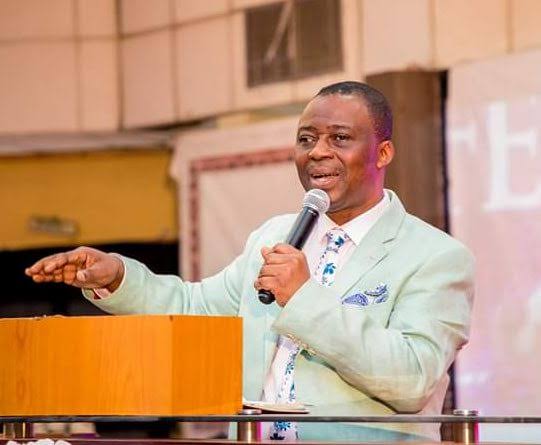 From the get-go, we know that this matter will be adequately delivered since it’s a constant thing that the truth will always prevail, as Mountain of Fire and Miracles Ministries International, and Mountain of Fire and Miracles Ministries USA, have successfully defeated an appeal brought by the defendants in a lawsuit filed in Prince George’s County Maryland.

Sometime ago, MFM sued Christ the Truth Ministries, Inc. and its pastor Lawrence Adetunji as well as its Board of Directors including Kayode Ojewale, Christopher Akinduro, Elera Nwogu, Emilola Oke, Koffi Possian, Miriam Morgan, Quadri Adeleke, Raymond Awosika, Beatrice Boateng, Israel Adetunji, Ronke Adetunji, and Esther Adetunji after they conspired to steal all of the real property, money and assets of Mountain of Fire’s branch at Bowie Maryland.

We learnt that Pastor Adetunji who was a former pastor of the Mountain of Fire and miracles ministries Bowie branch and a member of the Board of Directors of MFM USA, and the other defendants secretly and fraudulently created corporate and other legal documents to allow them to transfer the branch property to a newly created ministry, called Christ the Truth Ministries.

The congregation of the MFM branch was intentionally kept in ignorance of these actions and intentions until March 27, 2016, when Lawrence Adetunji announced that the church would now become Christ the Truth Ministries.

We gathered that with this move all of the branch’s assets were then transferred to Christ the Truth Ministries, including two parcels of land containing a church building, a house used for children’s ministries, and the bank accounts of MFM. The two parcels contained nearly 1.5 acres of land.

We later found out that when the authorities of Mountain of Fire and miracles ministers got a wind of this callous and dubious act, they successfully prosecuted a civil action which led to a judgment awarding MFM the return of all assets, real property as well as the money in the bank accounts.

Our investigation led us to realize that Christ the Truth failed and refused to comply with post-judgment court orders and this led to the court awarding attorney’s fees to Mountain of Fire and miracles ministries.

IN A UNANIMOUS DECISION, the Court of Special Appeal affirmed the trial court on each and every issue presented. This means that all matters brought before the appeal court by CTM and Lawrence Adetunji and Co have failed.

In this opinion, the Court of Special Appeals stated: “The then trustees of MFM MD USA (Lawrence Adetunji and Co) acted dishonestly when they transferred every asset belonging to MFM-MD USA and MFM International to CTM, and dissolved MFM-MD USA when it was still a viable corporation.”
In my conclusion of this matter, I will say a thief is a thief no matter how well they hide, give them the opportunity to steal and they will prove themselves.

FEMI OYEWALE we will always come with the truth.