See reason why despite FG’s ban on cryptocurrency trading, the business continues to boom in Nigeria 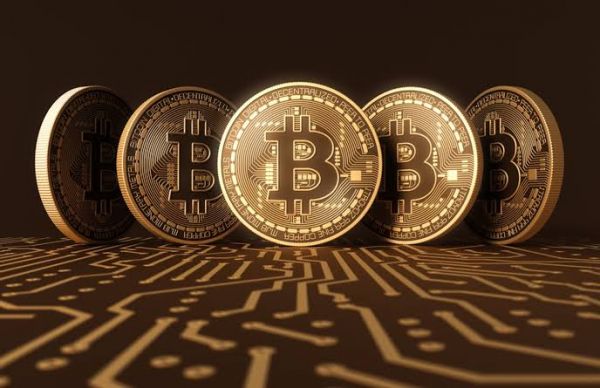 Nigeria’s regulators tried to crack down on cryptocurrency. Now, a few months later, it’s clear their efforts haven’t worked. The nation is a prime example of how people will turn to crypto to cope with a struggling economy despite the prohibitive stance of the state.

In February, the Central Bank of Nigeria ordered banks to “identify persons and/or entities” who were conducting transactions in crypto or running crypto exchanges and “ensure that such accounts are closed immediately.” But that ban didn’t stamp out bitcoin in Nigeria. Rather, the crypto community turned to peer-to-peer trades, or sending payments directly to each other.

According to the blockchain research firm Chainalysis, the dollar volume of crypto received by users in Nigeria has been consistently growing in 2020 and 2021, which may be partly related to this year’s bull market. In May, Nigeria received $2.4 billion worth of crypto, compared with $684 million last December, the analytics firm said.

While that kind of geographical data comes with caveats, it’s clear that crypto is alive and well in Nigeria.

According to a survey in March by Statista, 32% of respondents in Nigeria use crypto. Nigeria also ranked eighth in Chainalysis’ 2020 report on cryptocurrency adoption around the world.

The interest in crypto surged last fall, when activists with the “EndSARS” movement, protesting against police brutality in Nigeria, used bitcoin to raise funds.

“Recently, the devaluation of our local currency [encouraged] people [to start] saving in crypto assets like bitcoin and ethereum,” said Udeaja Kingsley, CEO of the BiTA crypto startup, adding that the crypto users are “mostly the youths that believe in it and are trading it via the means of P2P.”

So far in 2021, the Nigerian naira has been losing value with the country’s inflation rate at 18%. While U.S. dollars might be hard to obtain in Nigeria, bitcoin sometimes serves as a proxy for the dollar, allowing people to hedge against naira’s inflation. Because most of the goods Nigerians buy are imported, U.S. dollars are in high demand and there is often not enough of them available on the market.

However, some of Nigeria’s importers already switched to crypto as a payment method, says Keith Mali Chung, president and co-founder of Loopblock Network, an African blockchain firm. “Over 70% of all that is being consumed in Nigeria is imported, and with financial restrictions, bitcoin is gaining all the attention it deserves,” he said.

Chinese merchants selling clothing and electronics in Nigeria are using crypto as a means of exchange, Chung said. The pattern is similar to the one in Eastern Europe, where Chinese merchants might be sending tens of millions of dollars in crypto across the border daily.

It’s hard to estimate how much money is moving from Nigeria to China this way, Chung said, but he has some anecdotal evidence. “I know of individual [merchants] who transact over $2 million to $5 million daily, and they are countless, and the numbers are rapidly increasing,” he said.

According to Chung, some young Nigerians view bitcoin and smaller, newer cryptocurrencies as a way to make some money as the traditional economy lags because of the pandemic.

“A lot of people are taking advantage of the [decentralized finance] industry right now, it’s giving equal financial opportunities for all, irrespective of nationality or whatsoever,” Chung said. “A lot of people are jumping into different yield farming programs, I know quite a number of people who got DeFi loans to run their businesses,” he added.

Ray Youssef, CEO of Paxful, a service that enables users to buy and sell bitcoin in a peer-to-peer fashion, believes the biggest factor of crypto’s popularity in Nigeria has been “the intense drive and business aptitude of the Nigerian youth.”

“Entrepreneurship is baked into their DNA,” Youssef told CoinDesk via a spokesperson.

The Nigerian government, and the Central Bank of Nigeria in particular, haven’t been openly hostile to crypto. Commenting on the controversial banking ban during a public event in March, Adamu Lamtek, the central bank’s deputy governor, said the regulator had never banned cryptocurrency activity in Nigeria altogether; rather, it only prohibited banking services for crypto businesses.

For some crypto firms on the ground, however, Nigeria’s reality remains tough.

Luno, the crypto wallet owned by Digital Currency Group (also CoinDesk’s parent company), has had fiat deposits and withdrawal frozen since February, it said in a recent statement by the CEO Marcus Swanepoel.

Although the company managed to get its bank account in Nigeria unfrozen in June, users still can’t move their fiat funds to and from the platform, Swanepoel said, adding that the company “intensified regulatory lobbying” to get the issue sorted out.

“We are negotiating day and night with the relevant stakeholders in Nigeria to get them to collectively work with the government to find a solution that works for everyone,” he added. “This includes the CBN and other crypto platforms, and allowing people to withdraw is the main priority.”

Chike Okonkwo, sales and partnerships lead in Africa for an asset manager Thresh0ld, and also a member of the Stakeholders in Blockchain Technology Association of Nigeria (SiBAN), said the crypto community has been trying to talk with the central bank, but hasn’t heard back so far.

He says SiBAN, along with other two organizations, Blockchain Nigeria User Group and Cryptography Development Initiative of Nigeria, has been working to get on the same page with regulators for a while.

“We have been having meetings with the [Securities and Exchange Commission, the country’s securities regulator] before the CBN ban news but due to the fact that the CBN did what they did, the SEC had to pause their own plans,” Okonkwo said.

Nigeria’s SEC announced in February that it’s putting on hold its own plans to regulate crypto because of the CBN’s ban.

Crypto communities world-wide have found ways around government restrictions, and Nigeria is no exception.

According to Paxful’s Youssef, after the Central Bank of Nigeria banned crypto-related bank transfers in February Nigerians sent even more bank wires purchasing bitcoin than before. Paxful is “on pace” to have 23% more trades funded with bank transfers in Nigeria than last year, and 36% more in terms of volume, Youssef said.

Nigeria is the largest market for the company, with around 1.5 million users and over $1.5 billion trading volume, according to Paxful.

According to UsefulTulips, in the first half of 2021 the volumes of two major P2P platforms in Nigeria, Paxful and LocalBitcoins, were the largest in Africa, totaling over $200 million.

That activity may be at least partly explained by the fact that P2P trades are not easy for government officials to trace. When people send money directly from one personal account to another, without channeling it through a third party, it’s hard to see how exactly individuals are using the money. It could be for bitcoin they purchased from someone, their apartment’s monthly rent or paying back a debt to a friend.

It would thus be difficult, if not impossible, for banks to “ensure that such accounts are closed immediately,” as the Central Bank of Nigeria ordered.

Turning to peer-to-peer transactions might actually make the crypto ecosystem in Nigeria healthier and more resilient, according to Yele Bademosi, CEO of the Africa-focused crypto app Bundle.

“In my opinion, we got too comfortable about the fact that we were relying on centralized rails and channels to on/off ramp crypto,” Bademosi told CoinDesk. “In the ethos of bitcoin, P2P methods are more resilient as they don’t have a central point of failure.”

Nigeria is part of a larger regional trend. Africa has seen a wild 386.93% increase in P2P trade volumes on Binance since January, according to Damilola Odufuwa, Binance’s spokeswoman in Africa. The user count across the continent grew 2,228.21% over those same four months, she added. The company declined to reveal specific data on Nigeria.