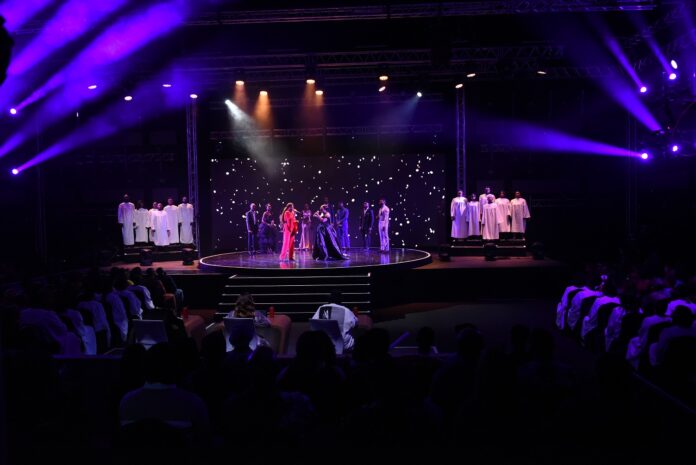 … With Other Amazing Talents

It was a moment of exhilarating performance at the popular Nigerian Idol Season 7 Musical Live Show, as Zadok, one of the contestants thrilled the judges and the audience with a standing ovation in the third week of the Talent Discovery Contest.

The Edo State-born Idol contestant who had long desired a platform like the Nigerian Idol to showcase his musical prowess stated that the show has been his long-nurtured ambition, having performed wonderfully with the song “Wish Me” by Timi Dakolo.

Indeed, other contestants also had an electrifying gig, as Banty who narrowly escaped eviction for the second time running took the judges and audience by surprise with her rendition of Michael Bolton’s “Lean on Me,” which proved to her fans that she deserves their vote to stay in the show.

Similarly, the intriguing performance by Banty led to praises from Dapo Oyebanjo popularly known as D’Banj, one of the judges, who appreciated her tenacity for being able to overcome the emotional trauma of her near eviction from the competition and wish her the very best in her race to stardom.

But the excitement generated by the contestants did not extend to Gerrard, who was evicted from the journey to the Idol crown where the winner will go home with N100,000,000 (One Hundred Million Naira) worth of prizes, including a recording deal from a label, a brand-new Sports Utility Vehicle [SUV], cash prizes, and other exciting gifts.

It is also worthy to note that the secrets of the 13 Bigi variants mics at the Bigi Media Lounge of the Nigerian Idol show have been revealed by Rite Foods’ Brand Manager, Boluwatife Adedugbe, who stated that they reflect the brand’s commitment and investment in musical talents and discovery which starts from the ownership of the mic leading to the soothing of the throat with the premium products.

Adedugbe explained that the relationship between the 13 Bigi variants mics and the musical talents is very strong. She affirmed “As the singers guzzle their favorite Bigi, their throat is soothed and refreshed for it to let out the natural gift of voice for great performances. So, as Bigi goes down the throat, the voice let out the song and our consumers continue to enjoy the great products and great performance from the musical talents.”