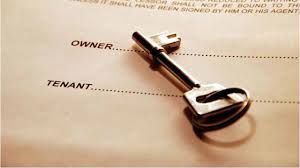 A tenant has sued his landlord and a developer agent for breach of his fundamental rights at the Lagos Federal High Court in a Suit No FHC/LS/CS/950/2021.

The suit arose over a one-month Quit Notice served on the Applicant who claims to be a lease tenant with yearly rent payment. But in spite of calling the attention of his new landlord, having just bought the property, to the deficiency of the eviction notice by requesting for six months due to him, he was ignored. Rather, the landlord, through his developer agent, continued to assault him and members of his family with physical and psychological torture leading to emotional trauma.

In the affidavit deposed to by the applicant and obtained from the Court records by _Civics Weekly_ , the Applicant said: “That on 17th of May 2021, I went to meet my lawyer and my lawyer wrote a reply letter to them, stating that I am not contesting ownership of the property situate at and lying at No 13, Muslim Avenue, Unity Estate, Lagos, with the landlord and that I am willing and ready to vacate the aforementioned property, provided that six (6) months will be given to me as a yearly tenant. The copy of the letter annexure and marked Exhibit RAJ 2a.

“That the 2nd Respondent simultaneously commenced the pulling down of the structure and the substantial part of the apartment of the building was pulled down and demolished. Picture of the demolition is marked Exhibit RAJ 3”.

When the case first came up before Justice I. N. Oweibo on August 12, the Applicant, through his lawyer, moved three applications – 1) that the application be heard during this Court vacation: 2) that the three (3) Respondents in the suit be served by substituted means since they have been hiding their identities; 3) an Exparte Application to stop the Respondents from further assault and harassment of the Applicant.

When the case came up on the adjourned date, being Thursday, August 26, 2021, the Respondents failed to appear in Court. Upon enquiry, the Bailiff record showed that the Respondents have been served as the Court ruled.

Justice Oweibo then adjourned the case to September 8, 2021.